Bravo Bike has been providing bicycle tours in Madrid since 1999. As one of the most experienced bike companies in the city, we pride ourselves in our selection of Madrid City Tours, as well as guided cycling excursions to the surrounding regions including the historic cities of Segovia and La Granja, El Escorial and Ávila, Toledo, Aranjuez and Chinchón. Our tours are highly suitable as corporate incentive events as well as excursions for multinational companies, schools and universities. For all of our tours we've chosen the best hotels and the most attractive and interesting sites, cities and monuments to visit, paying attention to the individual needs and desires of our clients. Our tour guides, as well as our whole team, will spare no effort in ensuring that your only goal is to fully enjoy yourself.

Stop At: Royal Palace of Madrid

The Royal Palace stands on the site of the former Alcázar of Madrid, a medieval fortress transformed into a lavish palace by Juan II, Carlos V and Felipe II who in 1561 made it the official residence of the Spanish Monarchy. The Alcázar was destroyed in a fire on Christmas Eve 1734. Felipe V then decided to raise a new Royal Palace on this site, employing the best architect in Europe at the time, Filippo Juvarra. When Juvarra died in 1736, his pupil Giambattista Sacchetti made various changes to his grandiose project. The entire building is made of a series of domes built without a single piece of wood and it has multiple floors to accommodate all the administrative offices, Crown officials and servants. - Patrimonio Nacional, Gobierno de España

The narrow and winding streets of this irregularly laid-out area, mostly dating back to the Middle Ages, usually lead onto a square. Most of them lay outside the Medieval walled village and provided accommodation to a great many merchants who sold their goods at the market. This commercial tradition still echoes in several street and square names, such as Plaza de la Cebada (Barley Square), where the farmers’ market used to be held, Plaza de los Carros (Carriage Square), Plaza de la Paja (Straw Square), or even El Rastro (owing its name to the blood trail of the old slaughterhouse), the city’s best-known flea market. - Official Tourism Website, Madrid

In the seventeenth century, the Golden Age of Spanish Literature, Cervantes, Lope de Vega, Quevedo, Tirso de Molina and Góngora, among other authors, had their homes here – hence the name. Some of the streets in this neighbourhood pay tribute to this and other brilliant chapters of Spanish history, culture and art. - Official Tourism Website, Madrid

Paseo del Arte (Art Walk in English) is also known as the Golden Triangle of Art. Along a 2 kilometre stretch, three of the world’s finest art collections are to be found. This includes the Prado Museum, the Thyssen-Bornemisza National Collection, and the Reina Sofía Museum. Paseo del Arte runs along the wide, tree-lined boulevard of Paseo del Prado and some of the streets that come out onto it. Together with Paseo de Recoletos and Paseo de la Castellana, Paseo del Prado forms a long line that flows north to south through the city. Once an open green space close to the San Jerónimo el Real monastery – ‘prado’ means ‘meadow’ in Spanish –, the area of the long avenue that we can see today witnessed the construction of the Buen Retiro Palace, commissioned by King Philip IV. - Official Tourism Website, Madrid

The park was developed under the Catholic Monarchs, in the early sixteenth century, but the neighbourhood itself is much younger. With an increasingly larger population in the late nineteenth century, the city expanded. Covering over 125 hectares and comprising more than 15,000 trees, El Retiro Park is a green oasis in the heart of the city. In it you’ll find all kinds of interesting monuments and gardens, including the Jardines de Cecilio Rodríguez (Andalusian-inspired classical gardens), the Rosaleda rose garden and the Parterre Francés, which holds a Mexican conifer that is nearly 400 years old and is believed to be Madrid’s oldest tree. In addition to its role as one of the city’s green lungs, it is also a popular spot among Madrileños who like to go there for a stroll, to do some sport, visit an exhibition or take the kids to a puppet show. The park is home to a large artificial lake and to the Velázquez Palace and Glass Palace which are both currently used as exhibition halls by the Reina Sofía Museum. The latter is a beautiful glass pavilion built in 1887 to house exotic plants for an exhibition on the Philippines. It is one the finest examples of cast-iron architecture in Spain. Near the Rose Garden, you’ll encounter the statue of the Fallen Angel, the only sculpture in the world dedicated to the devil which curiously enough sits 666m above sea level. - Official Tourism Website, Madrid

This neighborhood owes its name to Manuela Malasaña, one of the heroines and victims of the historical events that took place in Madrid on 2 May 1808. Plaza del Dos de Mayo, at the heart of the neighbourhood, commemorates the rebellion against Napoleon’s occupation led by captains Luis Daoíz and Pedro Velarde, officers at the headquarters of the Monteleón Artillery Regiment. In the festive 1980s, Malasaña witnessed the birth of the movida madrileña, an underground movement that revolutionised the arts, culture and Spanish society at large. - Official Tourism Website, Madrid 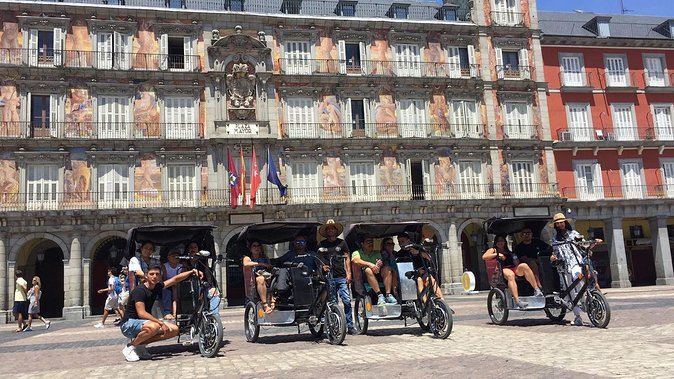 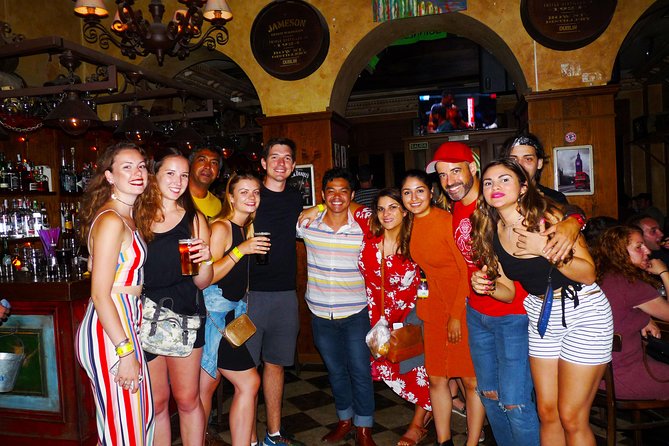 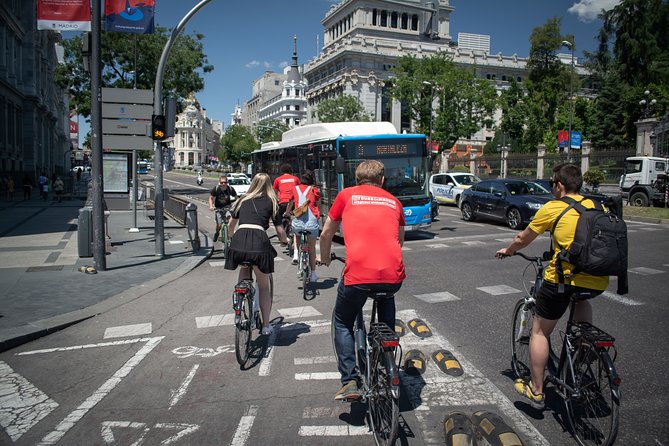 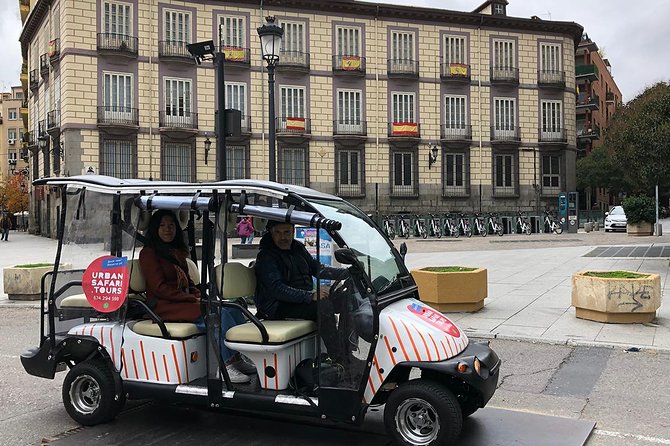 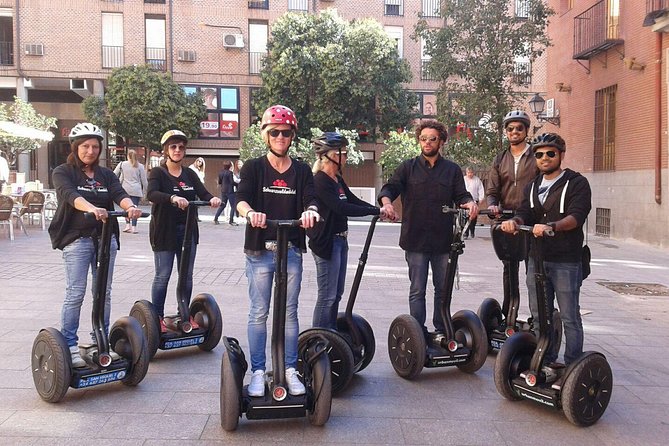 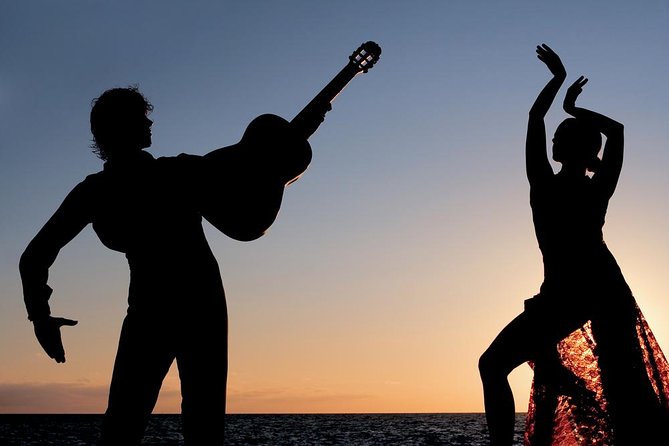 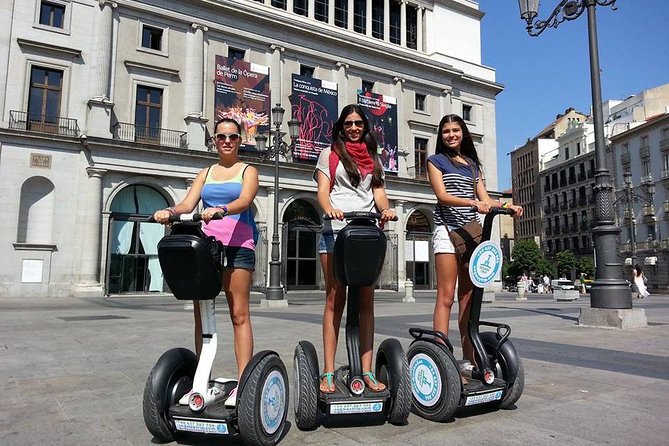 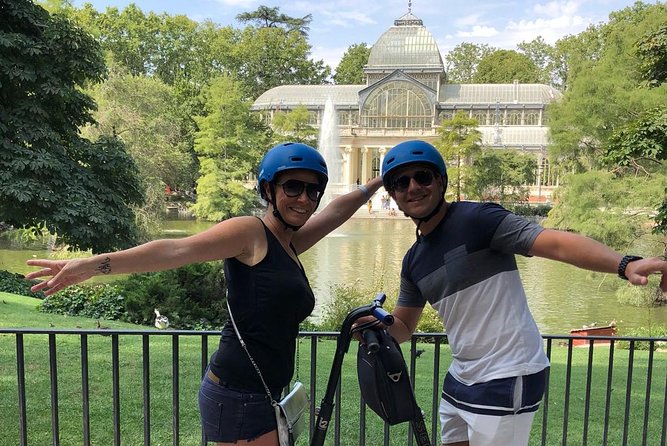