South Plazas was formed by lava up streaming from the bottom of the ocean. Despite its small size it is home to a large number of species and it is famous for its extraordinary flora. That is why this island is very popular with visitors. On the steep banks it is possible to see a great number of birds such as nesting red-billed tropicbirds and swallow-tailed gulls, but most of all, enjoying the beautiful view from atop the steep banks or strolling along the base of the cliff is an extremely pleasurable experience. In the morning between 8:00 a.m. to 8:30 a.m. we will pick you up on the hotel you have chosen for your stay in Galapagos. Then we will take a bus or truck for about 45 minutes towards the Canal Itabaca place where we will board the boat to sail Itabaca Canal to South Plazas Island. South Plaza Island has an area of 13 hectares and a height of 25 meters above Sea Level The dock is almost always occupied by sea lions families (males, females with their youngs), so the guide will land first to scare away the sea lions. There is a colony of approximately 1000 sea lions (Zalophus wollebaeki) that inhabit this island, you should walk carefully over rocks covered in excrement of sea lions (white guano). Once completed the landing you can start to watch iguanas under the shadow of Opuntia, these land iguanas are among the smallest subspecies of iguanas that exist in Galapagos, iguanas nest during the hot season and throughout the island have been observed several hybrid iguanas, a result of crossing a male marine iguana with a female land iguana. The trail takes us to a steep crag through the vegetation that belongs to the arid type area and coastlines; much of the island is covered with Sesuvium, leather leaf (Maytenus), thorny bushes (Scutia pauciflora) on the sides of the road there are no trees, but is covered with a mat or rock garden of endemic sea purslane whose leaves turn red from May to December. Land iguanas feed on or yellow flowers (Portulaca howelli) of Opuntia. This island is a good place to watch the Darwin Finches, here they inhabit the medium, small and cactus finches zone. The trail reaches a platform of volcanic material, where we find the beach of single sea lions well known by a colony of old sea lions who have lost their territories, many carry scars from fights with other males to keep its territory or shark bites. Once back, the trail passes behind one of the largest colonies of sea lions in the Galapagos Islands, as we mentioned earlier here about 1000 sea lions inhabit, while males compete with each other to maintain their “harem” of females 20 more or less we will place us at a sufficient distance to watch these beautiful sea lions. The snorkelling is prohibited on the island spaces as there are a large number of sea lions. IMPORTANT NOTE: In order to fulfill this tour, you must be at Santa Cruz Island (Puerto Ayora) one day prior to departure. 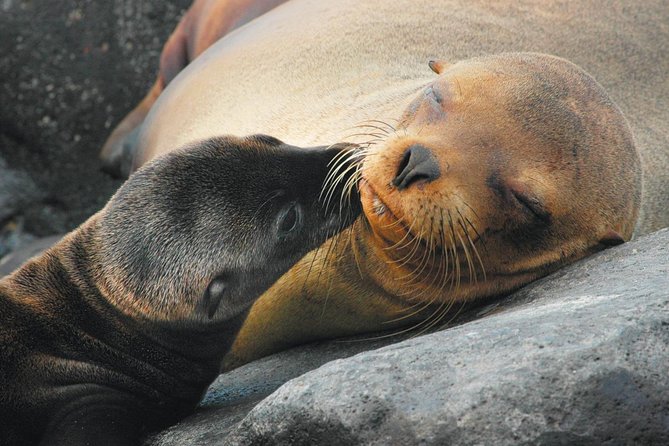 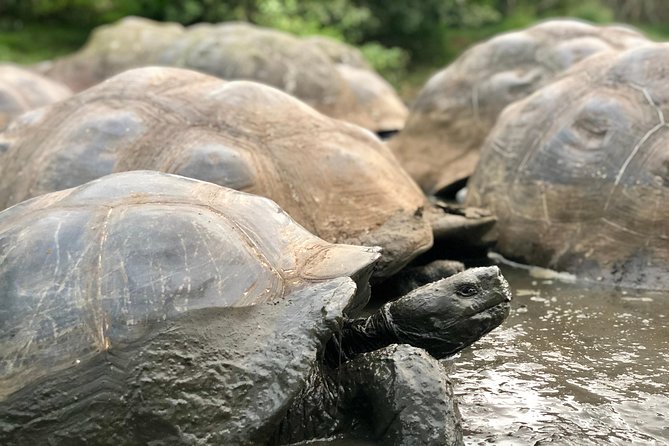 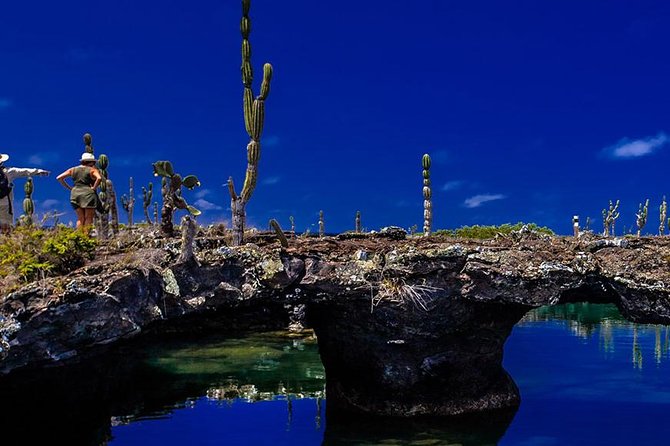 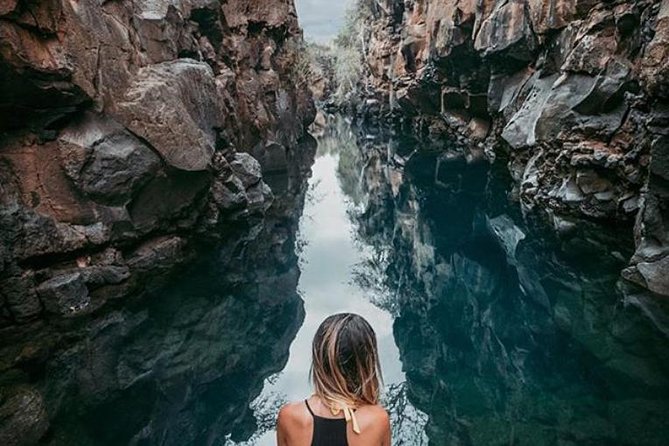 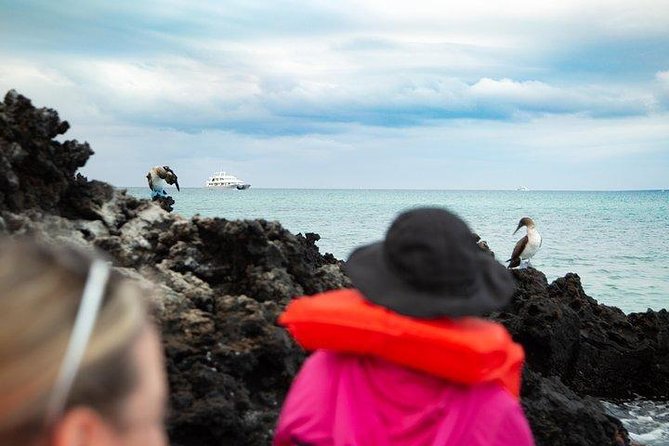 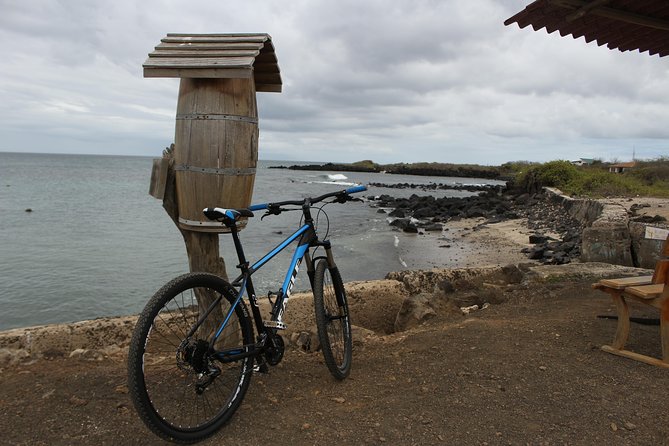 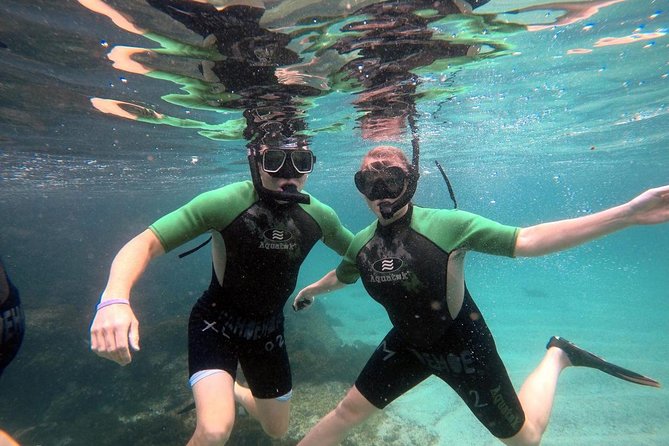 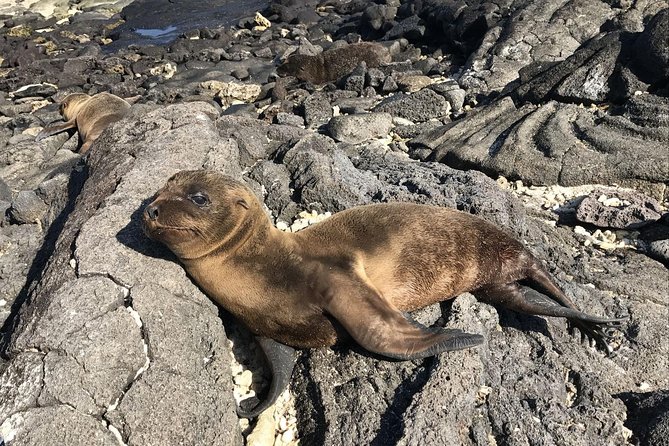