Stop At: Cape Burkhan/Shamanka Rock, Western bank of Olkhon island, Olkhon Island 666137 Russia
One of the most mysterious and popular places on Lake Baikal is Shamanka Rock (also known as Cape Burkhan and Cape Shaman) on Olkhon Island near the village of Khuzhir. Shamanka ends with a bimodal rock, called «Shaman-Skala» (Shaman-Rock). The cape is located within the Baikal National Park, and it holds the status of a state natural and historical monument.

Shaman-Rock is the most famous symbol of the lake; all photo collections of this natural phenomenon include this rock. The cape consists of crystalline limestone with quartz veins, and the adjacent shore — granite rock.
Duration: 2 hours

Stop At: National Museum of Ust-Ordynsk Buryatsk Region, Lenian, 6A, Ust-Ordynsky 669001 Russia
Meeting with Shaman!
Among the local population is still popular belief in spirits. From being on Baikal has several shamans, confirmed the authenticity of the rituals and routines that they conduct. This can be a simple chat by the fire, where the shaman will tell you the legend of the lake. And maybe pretty terrible - a truly mystical action with the establishment of communication with the spirits of the other world.
Duration: 1 hour

Stop At: Cathedral of the Kazan Icon of the Mother of God, Barrikad St, 34, Irkutsk 664001 Russia
With Byzantine style decorations, the Kazan Church looks like a fairy tower. It is known for the Irkutsk’s largest church bell. The inner spaces are decorated with fresco paintings. A unique iconostasis is carved out the Indian granite by Chinese craftsmen.
Duration: 40 minutes

Stop At: Taltsy Museum, Baykalsky highway 47km, Taltsy 664518 Russia
The open-air Architectural and Ethnographic museum Taltsy is located 20 kilometers away from Listvyanka. The exposition features wooden buildings brought from all over Siberia. Right now, 40 landmarked buildings and 8000 artifacts dated by XVII-XIX centuries are presented as part of the exhibition.
The museum looks like an ancient village with long streets, wooden houses, water mills and even a small school.
Duration: 2 hours

Stop At: Baikal Museum, Listvyanka rp, Listvyanka 664520 Russia
One of only three museums in the world dedicated solely to a lake, this sometimes overly scientific institution examines the science of Baikal from all angles. Pass quickly by the gruesomely discoloured fish samples and seal embryos in formaldehyde to the tanks containing two frolicsome nerpa seals and the various Baikal fish that you may later encounter on restaurant menus.
Duration: 1 hour

Stop At: Listvyanka, Irkutsk Oblast, Russia, 664520
Listvyanka is one of the oldest settlements at Baikal lake. Its name is associated with larches that grow on the cape with the same name.
Listvyanka is the best place to get to know the unique nature of Pribaikalie. Located 70 km (43 mi) from Irkutsk it lies along the Baikal Lake’s shoreline, in the basin of the Angara River. The riverhead of Angara river lays in the heart of Listvyanka.

Stop At: Church of the Sign, Angarskaya, 14, Irkutsk 664001 Russia
The Church is one of the oldest Irkutsk’s Orthodox temples, a distinctive landmark of Siberian Baroque. The church is famous for its unique exterior design.
Duration: 30 minutes

Stop At: Kirov's Park, ul. Lenina, Irkutsk 664027 Russia
Kirov Square (1669-1790-e - The Kremlin Square, the beginning of XIX-1935 - Tikhvin Square, Gostinodvorskaya Square, Count Speransky's Square and other names) is the area in the Right Bank district of the Irkutsk city, located in the historic center between Lenin and Sukhe-Bator streets; the main square of Irkutsk.
Duration: 20 minutes

Stop At: Monument to the Founders of Irkutsk, ulitsa Nizhnyaya Naberezhnaya, 2, Irkutsk 664011 Russia
Monument to Cossacks - pioneers is located on the Lower Angara River Embankment, in the birthplace of the Irkutsk city.
It is monument to Jakov Pokhabov, who founded a fort in 1661 on the right bank of the Angara River opposite the mouth of the Irkut river.
Duration: 20 minutes

Stop At: Triumphal Arch Moscow Gates, Moskovsko-Laninskaya St., Irkutsk Russia
Standing on Irkutsk's lower embankment of the Angara is a triumphal arch which is known as the Moskovskie or Moscow Gates as it marks the entrance to the city if coming from the European part of Russia. Construction of the gates began in 1811 to mark the 10 year anniversary of Emperor Alexander I's reign. In 1858 a second pair of gates were erected in the city similar to the Moscow Gates. These were located on the east of the city and were known as the Armurskie or Amur Gates.
Duration: 20 minutes

Stop At: 130 Kvartal, Irkutsk Russia
130th District is specially created area of historic buildings in Irkutsk, which includes several dozen monuments of architecture and history of the city. The 130th District is located in the southern part of the "historical center of Irkutsk" at the foot of the Cross Mountain.
Duration: 2 hours

Stop At: Sculpture Babr, 130 District, Irkutsk Russia
A monument to the Babr is located exactly in the beginning of 130th District (a Siberian tiger on coat of arms of Irkutsk).
Duration: 10 minutes

Stop At: Monument to Lenin, Park DS Trud, Irkutsk Russia
Standing on the cross road of Ulitsa Lenina and Ulitsa Karla Marksa is Irkutsk's main statue of Vladimir Lenin. It was unveiled in 1952 and is the work of sculptor Nikolai Tomsky. The statue is in fact a copy of an earlier statue by Tomsky which still stands in the city of Voronezh.
Duration: 20 minutes

Traveler pickup is offered
Dear travellers! We pick up from every hotel in Irkutsk, from the Airport and Train Station 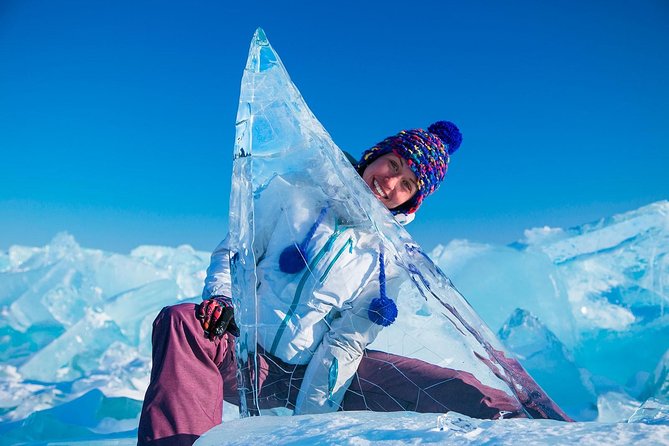 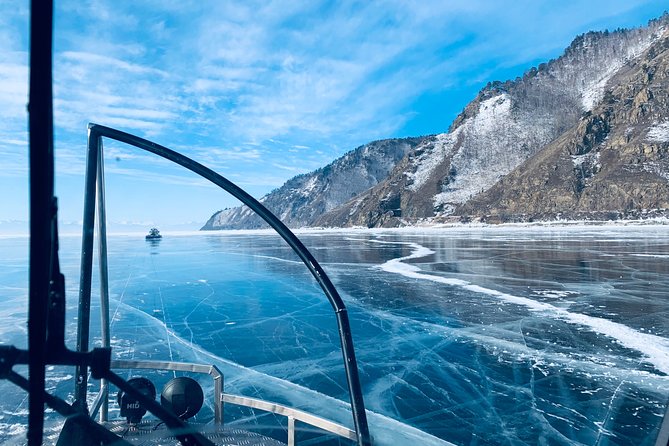 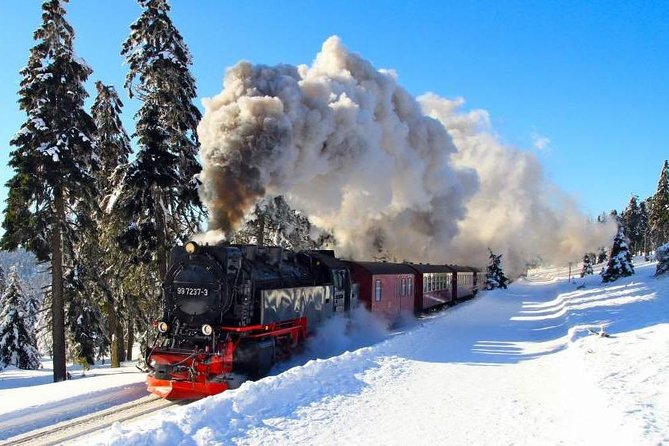 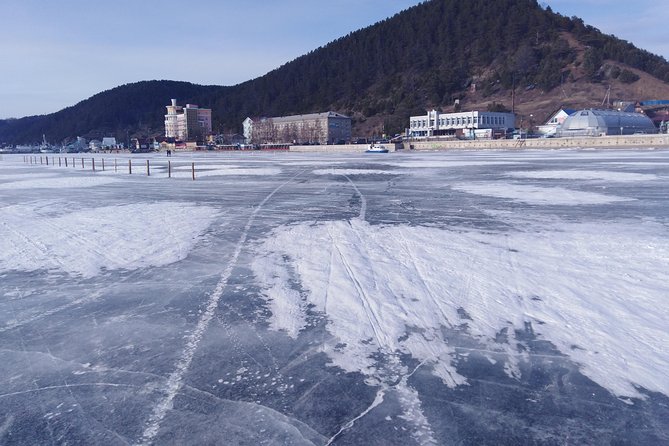 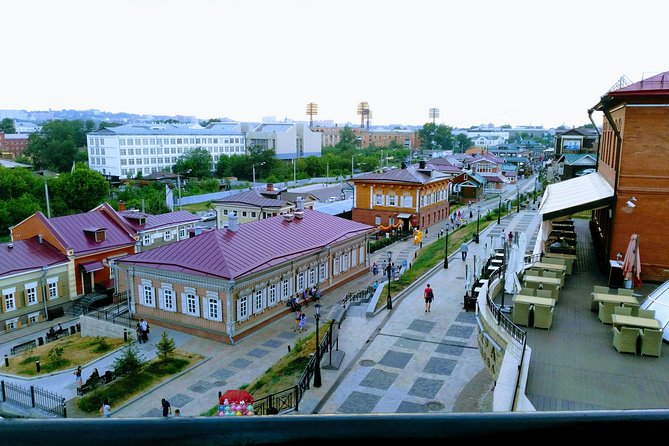 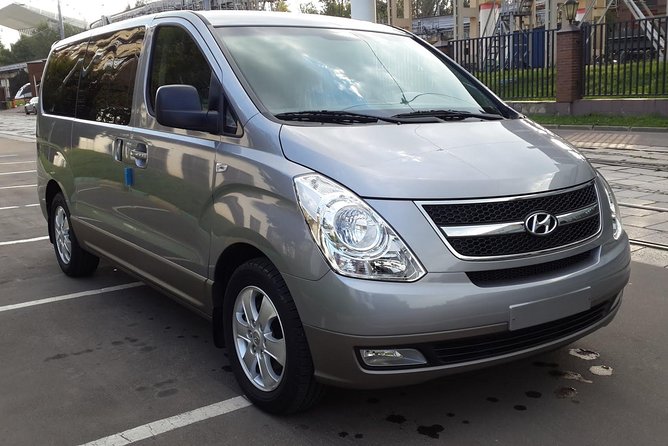 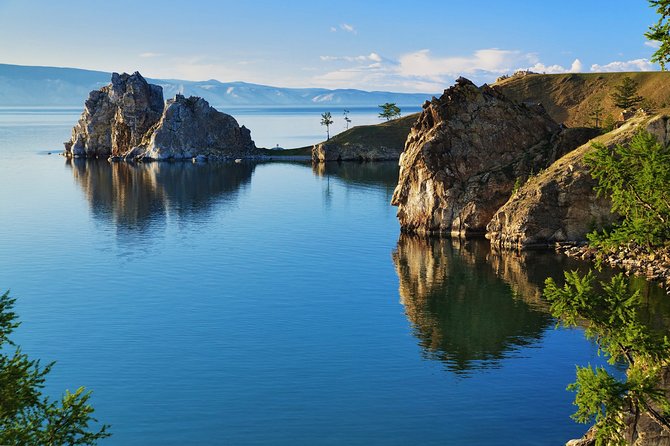