This Rose Hall Great House is an early 18th century plantation home that sits on a high elevation on thousands of acres in Rose Hall, Montego Bay. The Rose Hall Great House was once owned by the famous and certainly one of the wickedest plantation owners to walk the land of Jamaica, Annie Palmer. She owned hundreds of slaves. This house became haunted after her gruesome death in 1831. The house is scary to look at even in the daytime. There is no stop at the Rose all Great House on your way to Negril however, your tour guide will tell you the history and slow down so that you can take photos.

The Greenwood Great House (Plantation home) was constructed in the early 18th Century. Like most, if not all the other Great Houses in Jamaica, the Greenwood Great House was built at high elevation. One could say that this was a strategy used back in the plantation era as a means of overlooking the plantation and also for security purposes. This house, unlike the Rose Hall Great House, is not haunted but of a more peaceful and relaxing atmosphere. The history and the architecture of the house is what will blow you away. As you pass by, feel free to take photos when your tour guide slows down.

The town of Discovery Bay is where you will find Columbus Park. It was originally named Puerto Seco “Dry Harbour” by Christopher Columbus in 1494 when he and his men landed on the Island. It is said that could not find fresh water to drink. They later found fresh water in another area about 5 miles west of the town. The water was so good that they named the location where it was found Rio Bueno “Good River”. However, the town of Puerto Seco was later renamed in 1947 to Discovery Bay because Discovery Bay is where the Spanish, lead by Christopher Columbus landed when they invaded the Island on May 4, 1494. There is a park with several old relics and artifacts on display (Park temporarily close for renovations). There will be a brief stop to take photos and capture the rich history of this historic town.

This tour takes you through one of the most popular towns on the Island. Runaway Bay is naturally beautiful and is certainly one of the most scenic areas in Jamaica. It sits between the beautiful, crisp coastline to one side and the lush green mountains to the other. There is much debate as to how the town of Runaway Bay got its name. Some people believe it got the name because that is where the last batch of Spanish soldiers ran away from when they were retreating from the attacking British Troops lead by Governor Ysassi right after the 1655 British invasion of Jamaica, while other argue that it was the point from which the Slaves from inland plantations used as an escape route to runaway to Cuba. Get your cameras ready to go as you make your way through this area.

At Dunns River Falls, enjoy of climbing the 600ft (183meters) world famous Dunns River Falls that is the site of the first James Bond movie “Doctor No” and many others. There are pools along the way where you will stop for photo shoots. If you are unable to complete the climb it's no problem - there are exit points along the way however, you are required to meetup with the rest of your group at the finish if you decide to abort the climb.

Then after your Dunns River Falls experience it will be time to get your adrenaline rushing. Gear-up to experience the thrills of soaring through the lush green garden trees by means of horizontal traverses and Indiana Jones style bridges. Then get a bird’s-eye view of the pristine waterfalls as you maneuver your way soaring through the air and walking across suspended jungle bridges positioned over the falls! The second half of the trip will take you on a city highlights tour of Ocho Rios, craft shopping and lunch at one of our local authentic jerk chicken stops.

Stop At: Market in Ocho Rios

Shopping in Ocho Rios on this day trip will be at the Ocho Rios Craft Market or similar. A wide variety of items are available in this one area. Items includes rums, coffee, T-shirts, straw hats, wood carving products, etc. This is a shared tour with other travelers onboard however, if you have other choice of shopping where you would like to get an additional item or two, we recommend that speak with your tour guide to see if it is possible to shop elsewhere in addition within that geographical location.

We pickup from Grand Palladium Resort and other resorts in the area. All travelers are required to contact us at least 24 hour prior to the scheduled pickup time to reconfirm your booking and arrange a central pickup point. 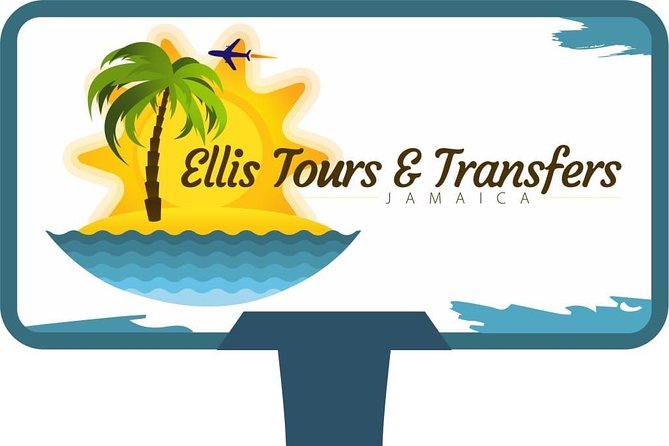 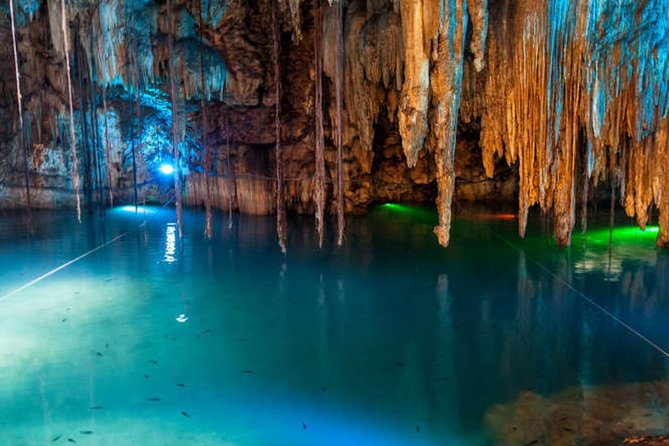 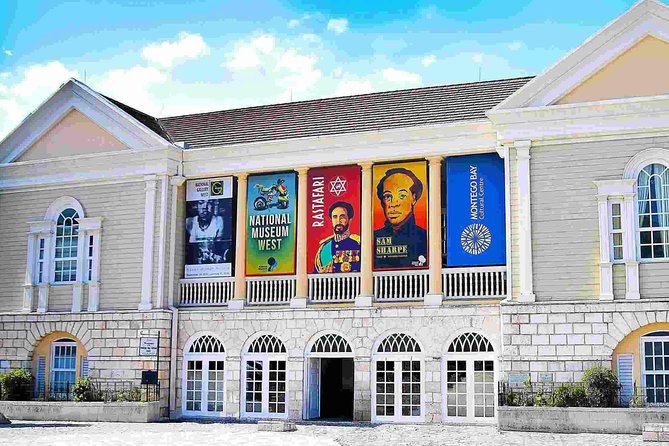 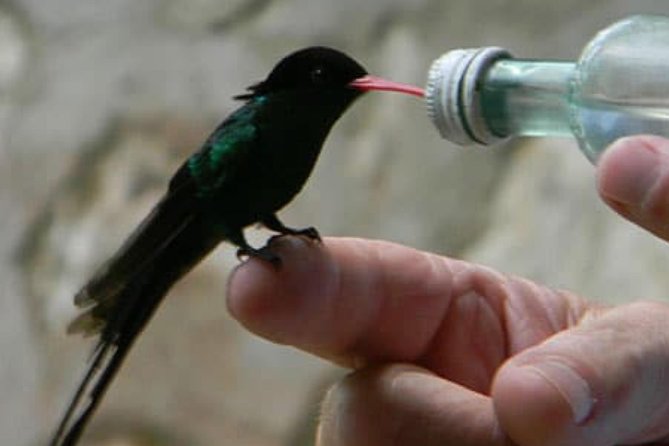 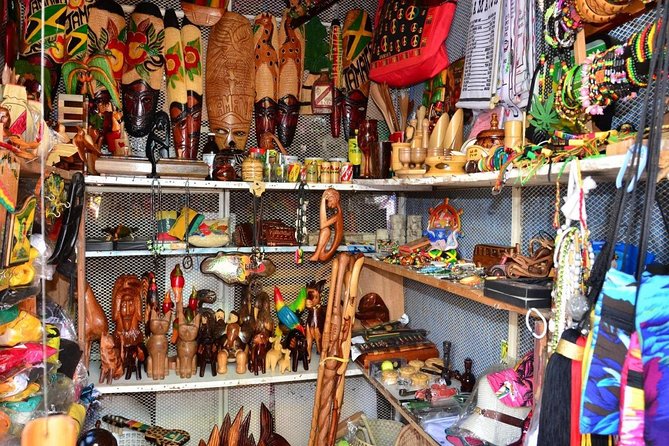 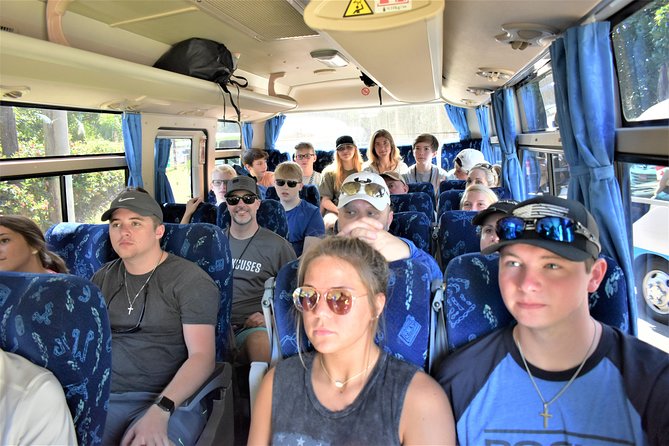 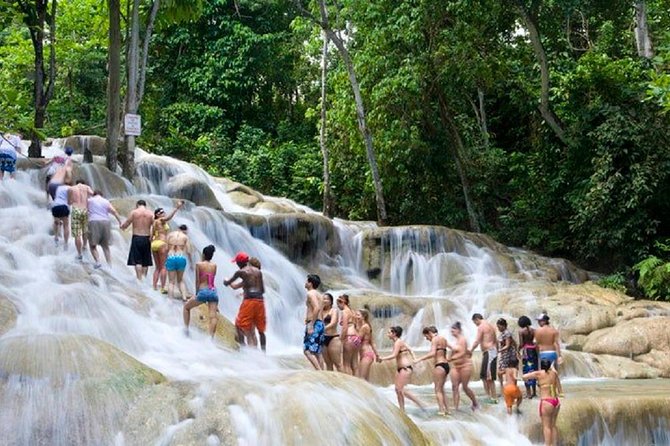 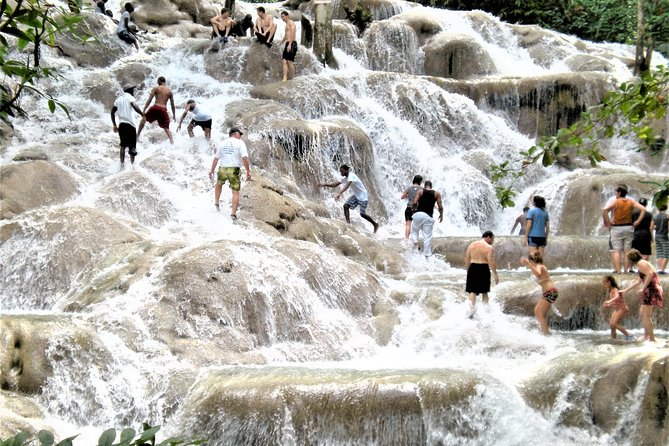