Begin your tour with an early morning pickup from your Siem Reap hotel and transfer to the Angkor Archaeological Park by air-conditioned minivan. Arrive in time to watch the magnificent sunrise over Angkor Wat, then head down to explore the ancient temple at its most atmospheric, bathed in the warm glow of the morning sun.

Set off on your bike tour and benefit from the cooler morning temperatures as you cycle along jungle trails and dirt tracks, avoiding the busiest routes used by taxis and tuk-tuks. Stop for breakfast at a local restaurant, then spend the morning visiting ancient wonders such as the Bayon Temple, Ta Prohm Temple, and the Elephant Terrace.

Ta Prohm is the modern name of the temple at Angkor, Siem Reap Province, Cambodia, built in the Bayon style largely in the late 12th and early 13th centuries and originally called Rajavihara

The Terrace of the Elephants is part of the walled city of Angkor Thom, a ruined temple complex in Cambodia. The terrace was used by Angkor's king Jayavarman VII as a platform from which to view his victorious returning army. It was attached to the palace of Phimeanakas of which only a few ruins remain. Most of the original structure was made of organic material and has long since disappeared. Most of what remains are the foundation platforms of the complex. The terrace is named for the carvings of elephants on its eastern face. 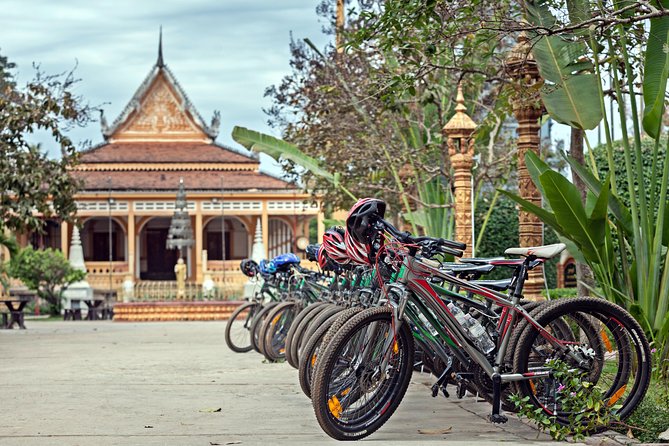 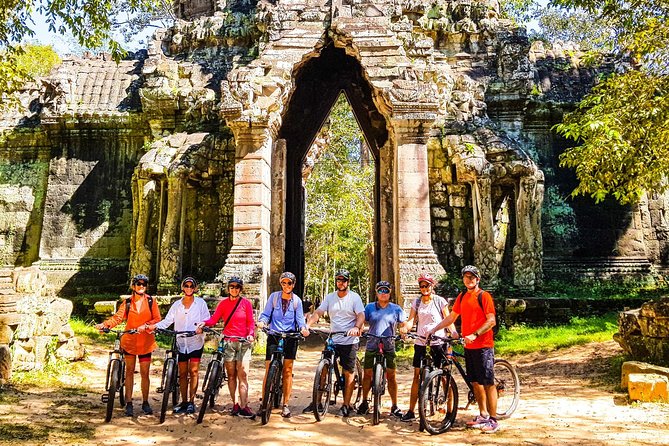 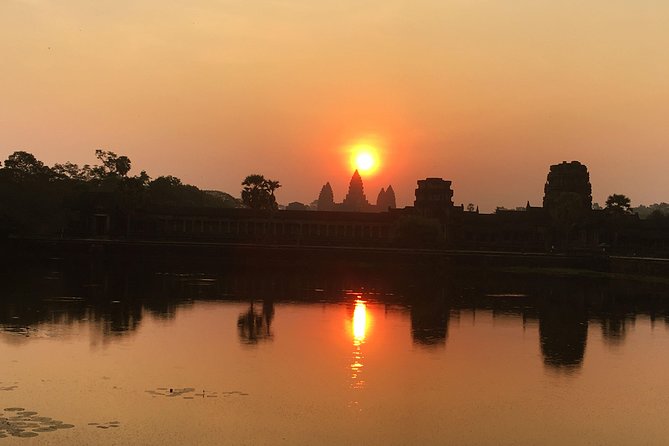 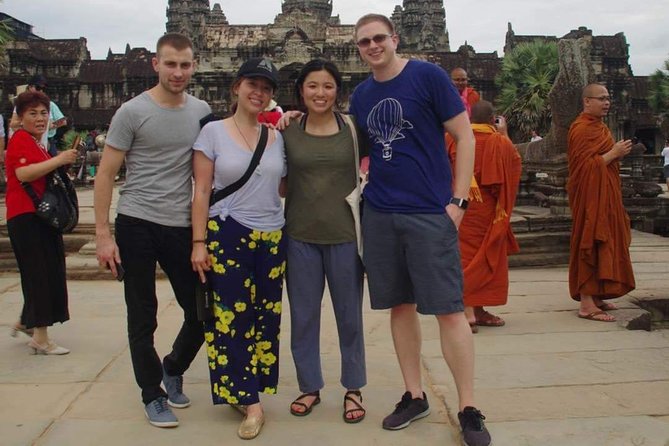 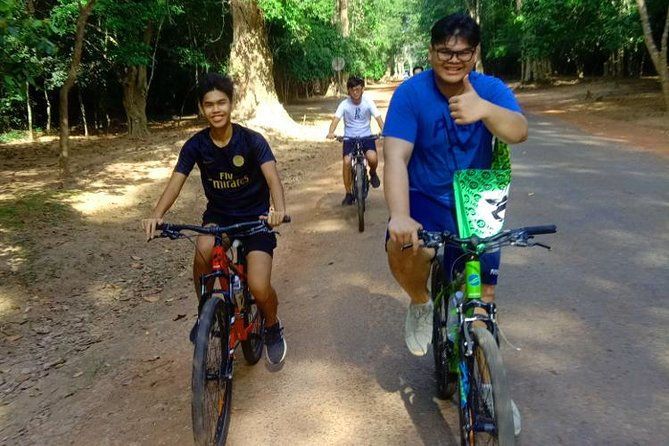 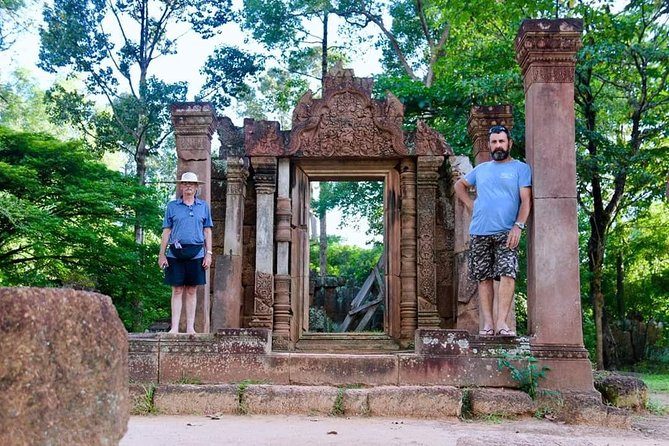 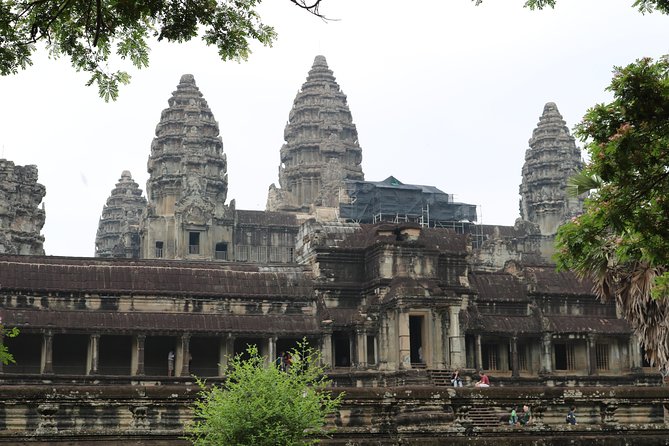 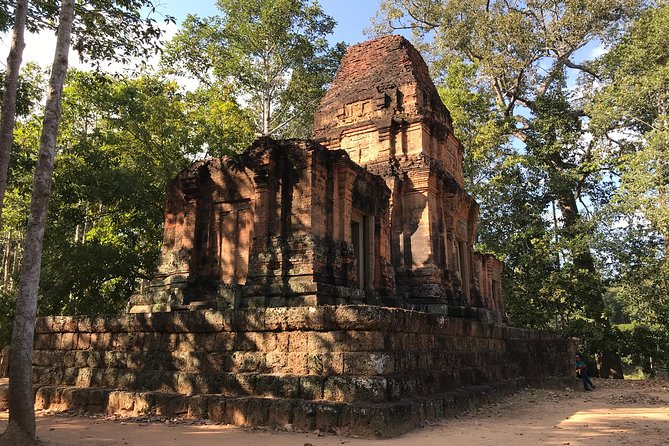