Liepaja - All Inclusive Tour to the City of Winds

If you start your research on Liepāja by reading it's history, it might not seem as nice place to be - a port city of red-brick warehouses, moored torpedo boats and an old military prison for the main attraction. But in reality Liepāja is tucked between a lake and the Baltic sea, has some of the nicest beaches on the whole of Latvia's 500km coastline, it boasts a large amount of Art Noveau architecture, including the 1910 built Peter's Market (second only to Rīgas Central Market), beautiful churches of all denominations, a marvellous seaside park and a lot of events all around the town. Liepāja has generated disproportionate number of most well known Latvian bands and musicians, so you'll see them all around. You'll have a guided walking tour around the most important and beautiful places of the city centre. Also, your guide is born and raised in Liepaja, so he'll bring you insights and stories from real local's perspective.

Peter's market is the main Farmer's market of Liepaja. Designed by architect Louis Melville in the style of Art Nouveau, Peter’s Market pavilion was one of the most beautiful market pavilions in Europe when it was first opened in 1910, and still is now. Trading takes place in the pavilion and in the area surrounding it, there's always wide choice of seasonal fuit and vegetables from local farmers, as well as wild foods foraged from nearby woods. Unlike most bazaars in "tourist destinations", Even though it's second only to Riga's Central Market in terms of size, Peter's market is still just a place for locals, you don't see any souvenir stalls around. You'll get your chance not only to see the produce, but also to try and taste whatever's in season during your visit.

The three-kilometer Seaside Park, one of the largest wooded parks in Latvia, and the Blue Flag beach, are the pride of Liepāja. The park has been first designed in 1899, using landscape style with elements of geometric garden designs like alleys, cut hedges, geometric flower beds, vine-covered pergolas, small architectural forms and fountains, blending natural greenery with architecture. Exotic trees, shrubs and caulescent plants have been widely introduced in the park. Liepāja beach has been a popular resort since the 1860s when the Russian czar, his family members and courtiers, started frequenting the seaside city. The beach has sparkling white fine sand, admired even by those who have visited some of the world’s most famous resorts. Pieces of amber, washed ashore along with algae and seashells, can be found on the beach after storms. In fair weather, the beach is about 50-80 meters wide and its length - about 8 kilometers.

Liepaja is surrounded by water. There is the Baltic Sea coast, two big lakes, some smaller ones and four channels connecting them. The city is almost an island! Lake Liepāja is a lagoon created by the receding Baltic Sea. The lake and surrounding meadows are included in the nature reserve because of nesting and migratory birds that can be found there. Included in the list of protected bird species are 27 nesting bird species, 10 winter bird species and 50 bird species that feed here during migration. There is a kilometre long boardwalk that leads to a birdwatching tower with a 10-metre high viewing platform to enjoy the surrounding scenery. From the lakeside you'll take the tram back to the city. Liepaja Tram was built in 1899, making it the first electric tram in the Baltic states.

Karosta (literally - War Port), a naval base, originally constructed in 1890s for Tsar Alexander III of Russia. It consisted of a large man-made harbour including an inland submarine warren. Now it's a very popular place for artists, since there are the scenic seascapes with partially blasted fortresses on the Baltic shore. The Karosta prison started functioning over 100 years ago and noone has ever escaped from it. This is the only military prison in Europe open to tourists. You'll have a guided tour through it, led by the prisons local guide. In several "strangest things" lists Karosta prison is named as the most surprising and most unusual hotel in the world - yes, you can spend a night in there and get treated like an actual prisoner.

If you're anywhere within reasonable distance from Riga we have no problem picking you up. 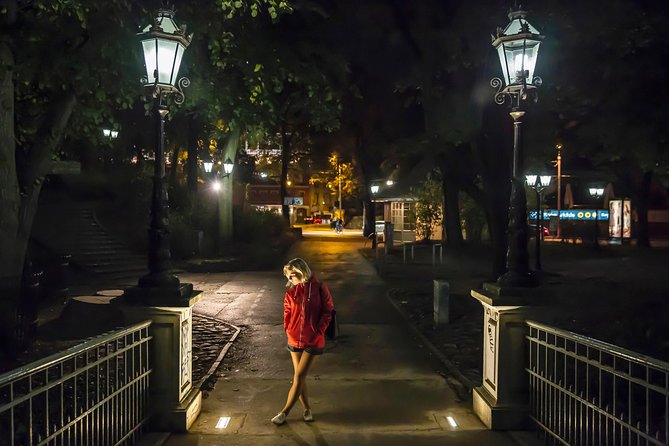 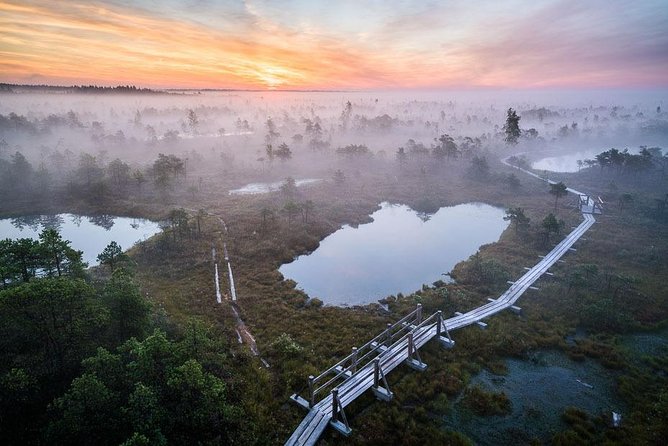 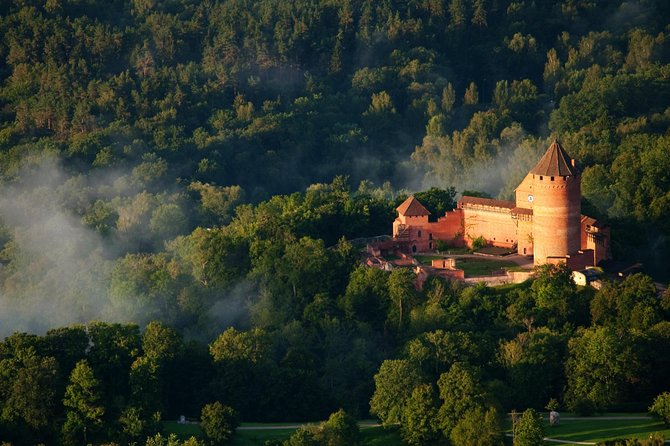 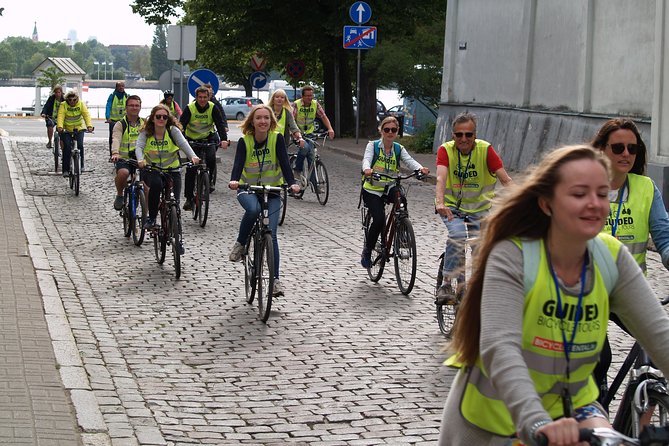 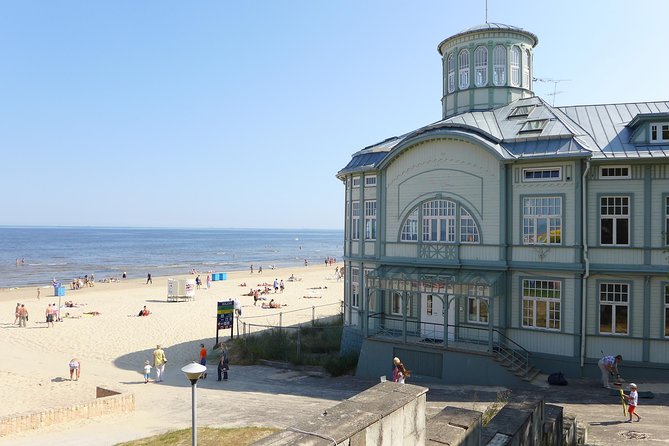 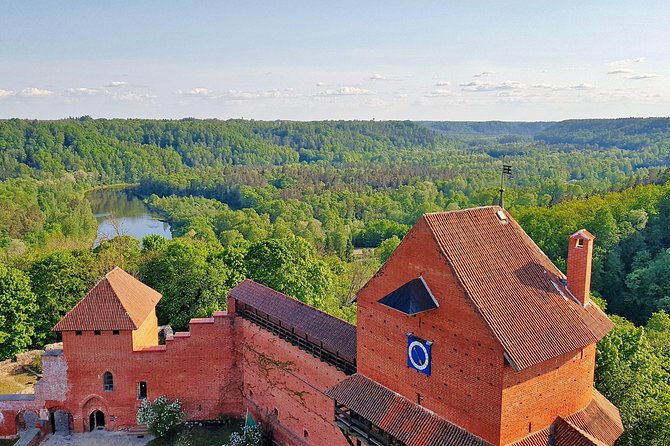 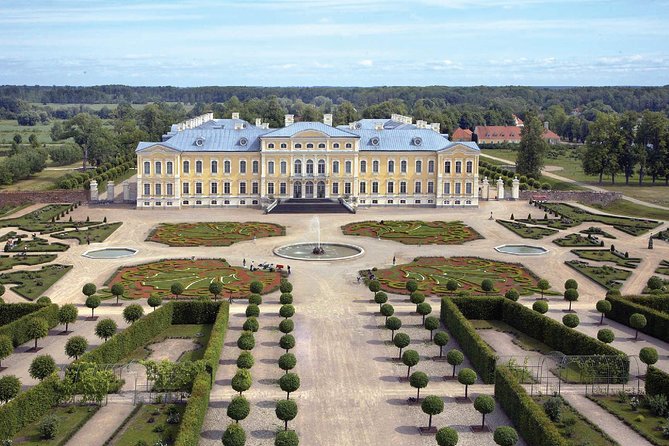 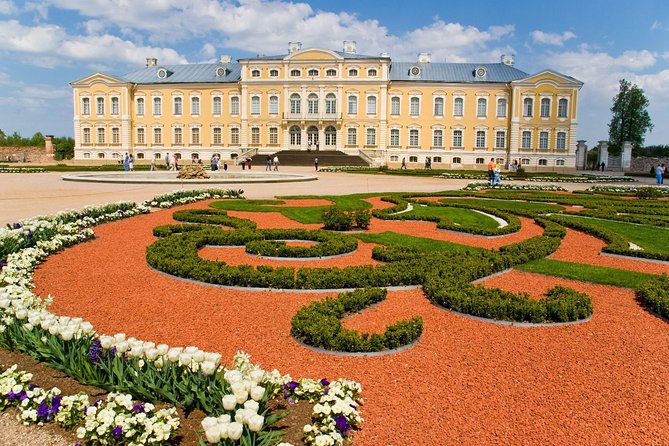