Beyond the Arno: Oltrarno Walking Tour

The itinerary begins at the Ponte Vecchio, the city’s oldest bridge. From there the tour goes on to Borgo San Jacopo where striking tower houses, traces of the city’s medieval past, can still be seen. The tour continues down Via Maggio, once the broadest street in the city, which became the main axis between the Oltrarno neighborhood and the center of the city when the Medici moved their court to the nearby Pitti Palace. Among the most notable buildings on Via Maggio is the Palazzo of Bianca Cappello, mistress and later wife of the Grand-duke Francesco I. The next stop on the tour is the church of Santo Spirito, a Renaissance masterpiece originally designed by Filippo Brunelleschi. The tour then ends at the monumental Palazzo Pitti. The palace was once the residence of the most prestigious ruling families of both the city and Italy, such as the Medici and Lorraine grand dukes as well as the Savoy kings.

You will discovery curiosities from your local guide.

Admire the architecture and discover curiosities from your local guide. 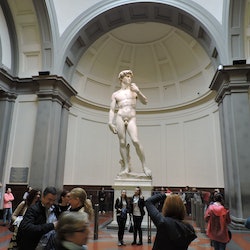 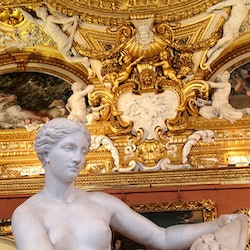 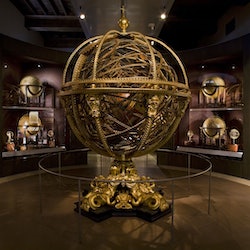 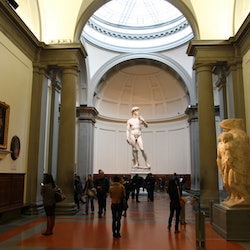