St. Stephen's Basilica is a Roman Catholic basilica in Budapest, Hungary. It is named in honour of Stephen, the first King of Hungary, whose supposed right hand is housed in the reliquary. It was the sixth largest church building in Hungary before 1920.

Andrássy Avenue is a boulevard in Budapest, Hungary, dating back to 1872. It links Erzsébet Square with the Városliget. Lined with spectacular Neo-renaissance mansions and townhouses featuring fine facades and interiors, it was recognised as a World Heritage Site in 2002.

Heroes' Square is one of the major squares in Budapest, Hungary, noted for its iconic statue complex featuring the Seven chieftains of the Magyars and other important Hungarian national leaders, as well as the Memorial Stone of Heroes, often erroneously referred as the Tomb of the Unknown Soldier.

Pass By: Szechenyi Baths and Pool

The Széchenyi Medicinal Bath in Budapest is the largest medicinal bath in Europe. Its water is supplied by two thermal springs, their temperature is 74 °C (165 °F) and 77 °C (171 °F).

Part of the "party quarter", crowded with restaurants bars and cultic places, with low traffic but many pedestrians. It is the northwestern boundary of the historic Jewish Quarter.

The Dohány Street Synagogue, also known as the Great Synagogue is a historical building in Erzsébetváros, the 7th district of Budapest, Hungary. It is the largest synagogue in Europe, seating 3,000 people and is a centre of Neolog Judaism.

The University Church is at the Egyetem tér (University square) , which is situated near the Small Boulevard, surrounded by restaurants and cafés. It was named after the nearby Faculty of Law of "ELTE" Uni. Students are going about their day with books in hand in the daytime, and bottles of wine at night.

Kálvin tér is a major square and intersection in the city center of Budapest, the capital of Hungary. It was named after the French Protestant Reformer John Calvin due to the large Reformed Church located there.

The Great Market Hall or Central Market Hall (Hungarian "Nagyvásárcsarnok") is the largest and oldest indoor market in Budapest, Hungary.

The Liberty Bridge connects Buda and Pest across the River Danube. It is the third southernmost public road bridge in Budapest, located at the southern end of the City Centre. It was originally named Franz Joseph Bridge.

The Liberty Statue or Freedom Statue (Hungarian: Szabadság-szobor) is a monument on the Gellért Hill in Budapest, Hungary. It commemorates those who sacrificed their lives for the independence, freedom, and prosperity of Hungary.

Stop At: Garden of Philosophy

ON REQUEST - Above the reservoir below the Gellért Hill, there lays the Garden of Philosophers, where there are fewer tourists, but there is also a wonderful view of Budapest. One of the specialties of the place is a group of philosophers, where Jesus Christ and Buddha meet, for example, for a better understanding of one another (as can be seen on the pedestal).

The Castle Garden is Budapest's unique jewellery box where art and nature complement each other. It is a distinctive work of architecture capable of offering an experience of history, culture and nature all at the same time, which makes it the perfect venue for entertainment, leisure and cultural events.

The Széchenyi Chain Bridge is a suspension bridge that spans the River Danube between Buda and Pest, the western and eastern sides of Budapest, the capital of Hungary. Designed by the English engineer William Tierney Clark and built by the Scottish engineer Adam Clark, it was the first permanent bridge across the Danube in Hungary. It was opened in 1849.

Castle Hill is a kilometre-long limestone plateau towering 170m above the Danube. It contains some of Budapest’s most important medieval monuments and museums and is a Unesco World Heritage Site. Below it is a 28km-long network of caves formed by thermal springs.

Matthias Church (Hungarian: Mátyás-templom) is a Roman Catholic church located in Budapest, Hungary, in front of the Fisherman's Bastion at the heart of Buda's Castle District. According to church tradition, it was originally built in Romanesque style in 1015, although no archaeological remains exist

The Halászbástya or Fisherman's Bastion is a terrace in neo-Gothic and neo-Romanesque style situated on the Buda bank of the Danube, on the Castle hill in Budapest, around Matthias Church. It was designed and built between 1895 and 1902 on the plans of Frigyes Schulek.

Margaret Bridge is a three-way bridge in Budapest, Hungary, connecting Buda and Pest across the Danube and linking Margaret Island to the banks. It is the second-northernmost and second-oldest public bridge in Budapest.

Stop At: Shoes on the Danube Bank

ON REQUEST - The Shoes on the Danube Bank is a memorial in Budapest, Hungary. Conceived by film director Can Togay, he created it on the east bank of the Danube River with sculptor Gyula Pauer to honour the Jews who were killed by fascist Arrow Cross militiamen in Budapest during World War II.

The Hungarian Parliament Building (Hungarian: Országház, pronounced) , which translates to House of the Country or House of the Nation, also known as the Parliament of Budapest after its location, is the seat of the National Assembly of Hungary, a notable landmark of Hungary and a popular tourist destination in Budapest.

Nice green space with a very controversial memorial at one end which seems to be an attempt to absolve Hungary of its holocaust past, interesting enough there is a counter memorial in front of the official memorial explaining the difference.

At the end of the tour we drop you off wherever you would like to, anywhere in the greater downtown area. Please let your guide know!

We can meet you at whichever hotel you are staying in Budapest, or pick you up from a central point that we agree upon. This Itinerary is a basic outline to our tours which may be subject to change. Changes may be made in order to personalize the experience or to cope with road closures. However minor alterations may be made without notification, to ensure the smooth running of the tour. 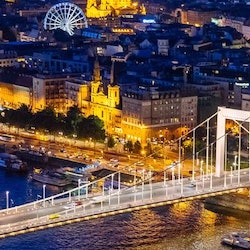 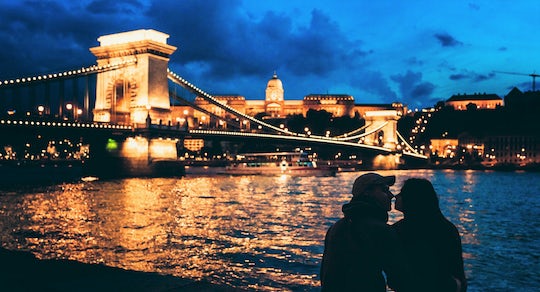 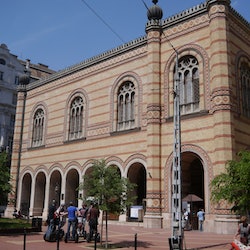 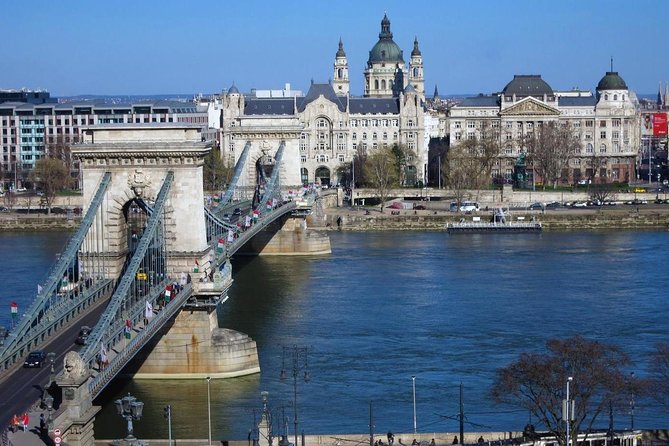