Alfama is a perfect destination to get in touch with Lisbon’s historical past and beauty. Here you can indulge in the Moorish-inspired maze of narrow streets and alleys blended with the local artisanal character. This rather secular district is crowned by the Cathedral representing the oldest building in Lisbon today. Dating back to 1147, the original construction reveals Romanesque features enriched with Gothic cloister and chapel in the 13th century. The later periods witnessed several other alterations in Baroque and Neoclassical styles that add up to the Cathedral’s overall appearance. In the aftermath of the 1755 earthquake, the Se Cathedral was rebuilt again and assumed its present-day image at the beginning of the 20th century. A stone’s throw away from the Cathedral the St. Anthony’s Church denotes another must-visit sight when in Alfama. Built in 1195 on the site where Fernando de Bulhoes or simply saint Anthony was born, this religious building also underwent many modifications prior to reaching its final design in Baroque-Rococo style in 1767. Special celebrations are held on June 13 commemorating the saint’s day, while those who are in search of love adventures might well find entertaining the tradition of coin throwing in the book of the saint’s statue in front of the church.

Enjoying many viewpoints in various districts, Portas do Sol appears to be a favorite place for amateur travelers and photographers alike in Lisbon. The balcony-like lookout amid red-roofed white houses and sacred buildings makes for wonderful views over Alfama and its surrounding waterside. Here you can also appreciate the statue of St. Vincent aka the city’s saint patron holding a watercraft as the Lisbon’s symbol. Savoring coffee in this tourist-filled area is a great way to abandon oneself to a respite during the busy tour.

After indulging in genuine Portuguese pleasure, it’s time to climb the highest point of Lisbon – the Sao Jorge castle. Constructed under the Arab rule, the imposing citadel stands for the main mundane landmark today comprising the ruins of the royal palace. Its terraced square welcomes visitors for admiring spectacular views of the capital and waterfront.

Being the fruit of the post-earthquake reconstruction held by Marquis de Pombal in the 18th century, the downtown area of Lisbon stands for the modern urban planning winner. The entire area comprises several squares and avenues covered in enchanting Pombaline architecture and fountains. An extensive row of cafes and shops in Rua Augusta and Avenida de Liberdade are going to make your Baixa tour complete.

Stop At: Praca do Comercio (Terreiro do Paco)

This is the main economic center of Lisbon. The rectangular vast square thoroughly surrounded by typical Portuguese buildings offers spectacular views either from its surface or the Rua Augusta Arch denoting at that the capital’s heraldic symbol with its embellishment.

The solemn ruins of the Carmo Church overlooking the whole central space are the first to greet you in the upper district. Chiado will definitely grant you the joy from a place where the past and present meet again. And indeed, the culture-filled square with a plethora of religious buildings, museums, and stores dotted around the statue of the poet Antonio Ribeiro aka Chiado seems to have few rivals in whole Lisbon.

Driving up the hill you can reach the Sao Bento Palace or the seat of the Portuguese Parliament. The extensive Neoclassical building with sumptuous interiors and exteriors in the close proximity to Bairro Alto created on the base of the 16-17th-century Benedictine monastery features a must-visit destination on the city’s full-day itinerary.

Basilica da Estrela or the Sacred Heart Church will make you encounter the most embellished religious building in Lisbon. Revealing Baroque and Neoclassical characteristics the church is tightly linked with the name of Maria I of Portugal and is famous for its 500-figure nativity scene and several paintings inside by Pompeo Batoni.

Another symbol of Lisbon in the form of caravel prow awaits you in Belem. The Discoveries Monument created by Telmo, Almeida, and Barros in steel and cement and standing 52m high on the bank of the Tagus pays tribute to Portugal’s golden era filled to the brim with famous navigators, monarchs, cartographers and scientists. The full-day tour does not allow you to miss out on this artistic-historical treasure.

The Belem Tower – a bona fide emblem of Lisbon and whole Portugal is epitomizing architectural and functional aspirations of the medieval Portuguese population. Built around 1519, the construction in North African style served as a waterfront fortification for decades along with its usage as a prison and customs house. The Belem Tower tour today enables its visitors to witness the rhinoceros sculpture inside and enjoy some very spectacular views over the Tagus from its roof.

Visiting the magnificent Jeronimos Monastery will put a final touch to your Lisbon tour. This building is going to stun each visitor regardless of age and nationality. The vast eclectic construction and its marvelous gardens built in the 16th century for the purpose to host sailors during their pre-voyage prayers appear to assume the entire image of the Portuguese architecture. It is overwhelmingly beautiful and relaxing at the same time. After getting excited with this beauty our tour recommends to discharge from emotions at Pasteis de Belem. Pastel de Nata made locally according to the traditional recipes of the Jerominos Monastery monks will help you savor the best of Portugal’s sweet-making industry.

We will meet you at your accommodation or port in Lisbon 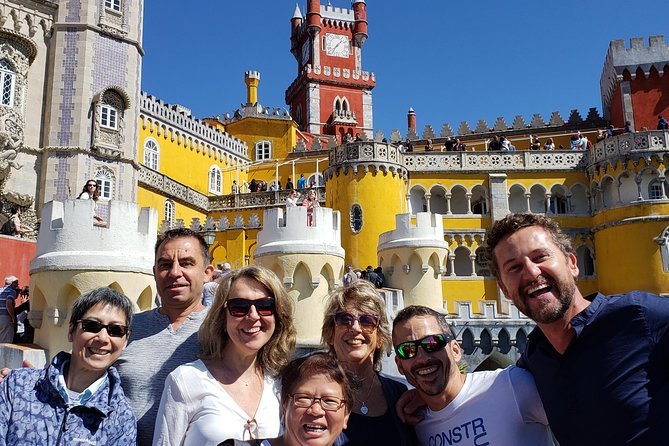 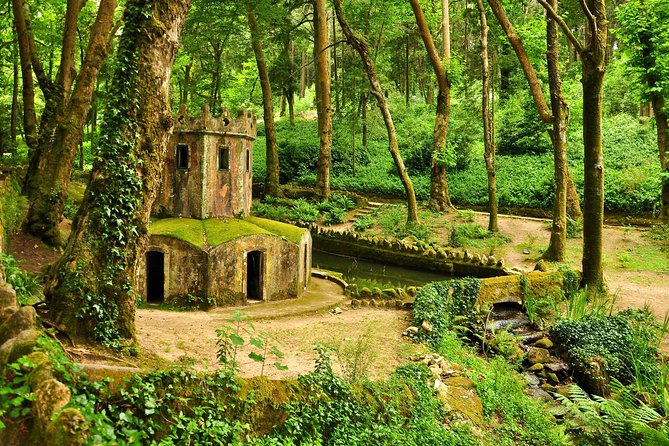 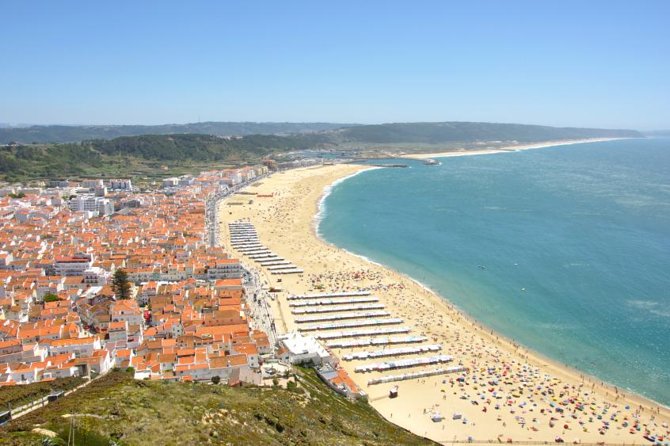 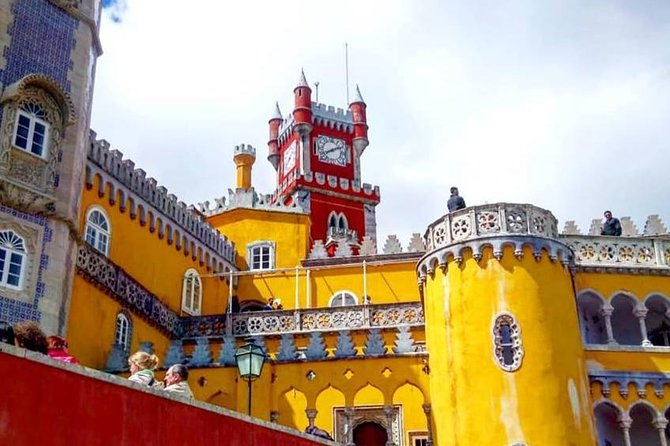 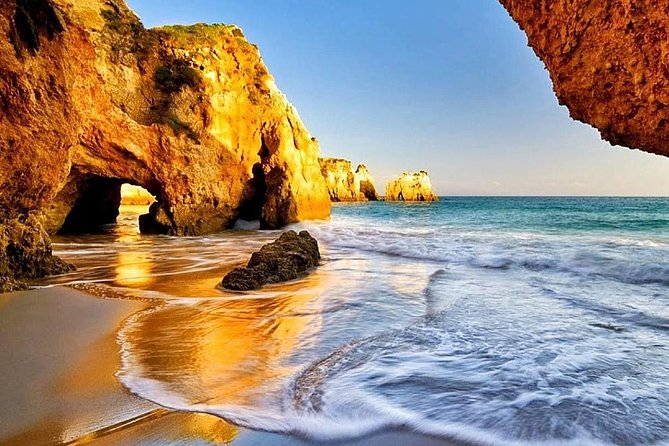 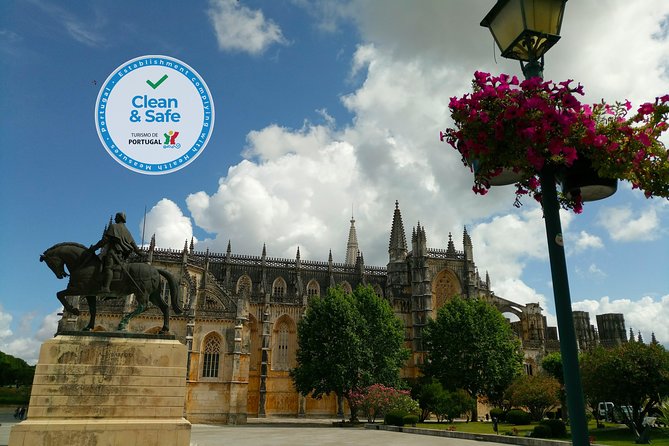 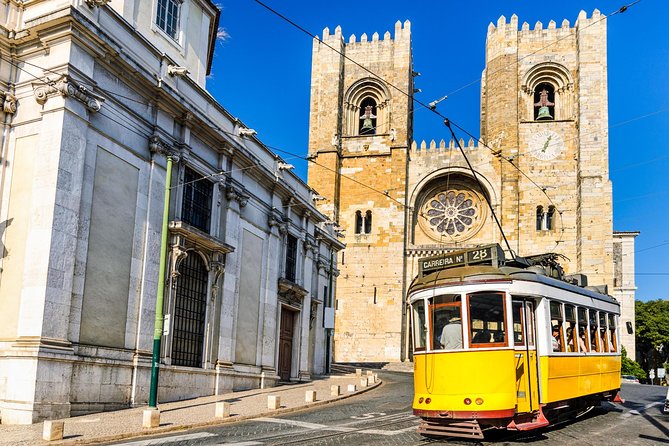