In the morning you meet your driver/guide to drive south from Marrakech towards the high atlas where the majestic mountains reveal their fantastic colors, each distinct and contrasting with its neighbor in colors and height. Scenic view from the pass of Tizi N tichka over the folds frequented by nomadic tribes of the desert mainly in summer. Following a narrow road dates back to the French protectorate to the village of Telouat. Then take a visit of the Kasbah, the seat the legendary Glaoui family that rose to power in the south during the late 19th Century, where you are going to learn more about this magnificent edifice.
You leave the palace and drive along the river below, Oued Malh or salty river in local language, the former route of the caravans from the Saharan countries to Marrakech. The road passes through adobe brick villages and cave riddled gorges. During spring, the river becomes a torrent of ice-grey and white when the snow begins to melt. Your next stop is in Ait Ben Haddou, a small fortified village classified by UNESCO as a world heritage since 1989. Studded with crenelated spires and richly decorated. Nowadays is used as an ideal location for filming scenes 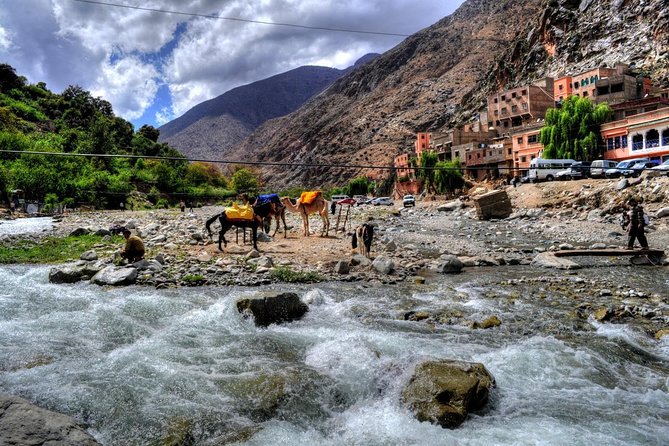 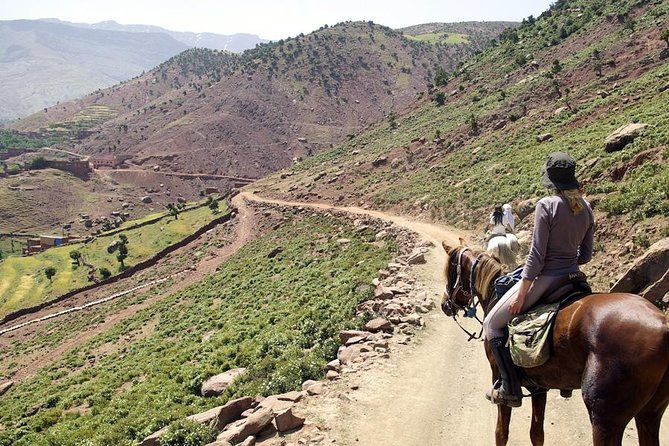 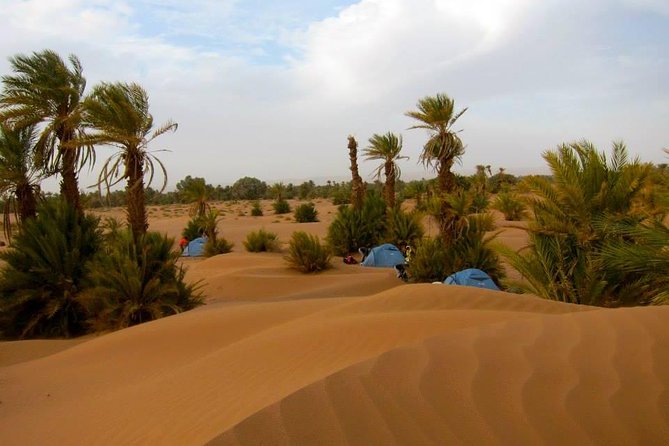 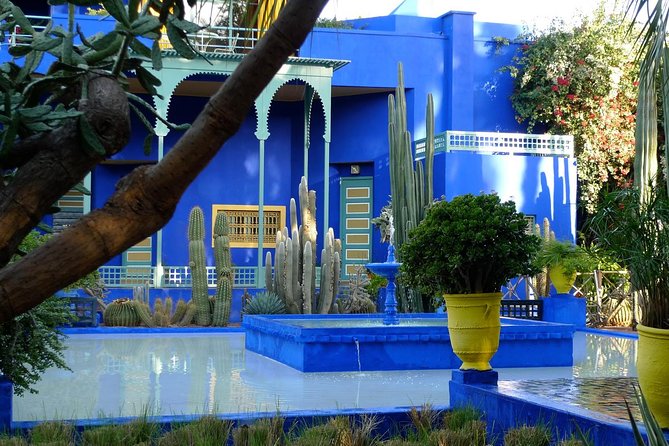 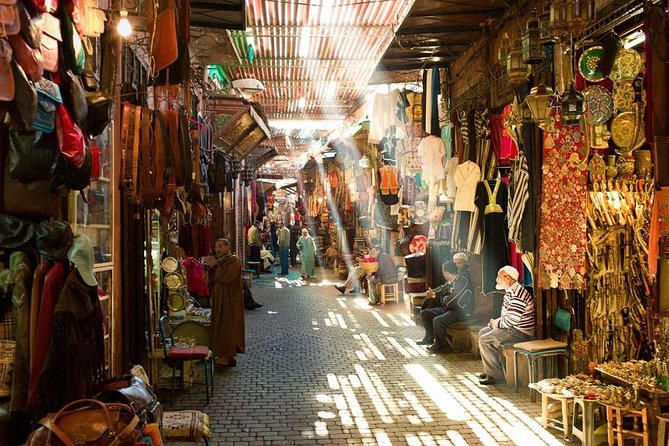 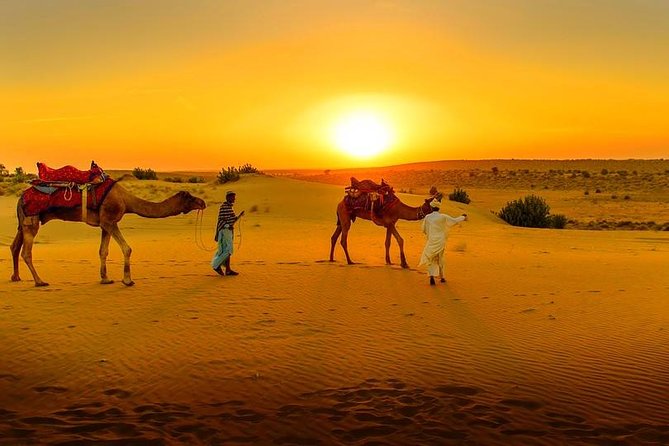 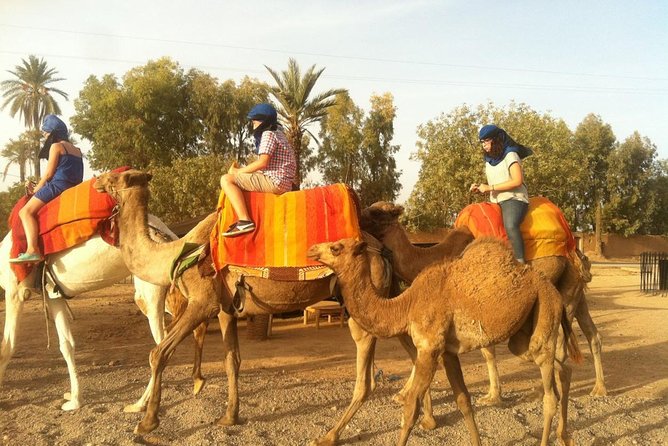 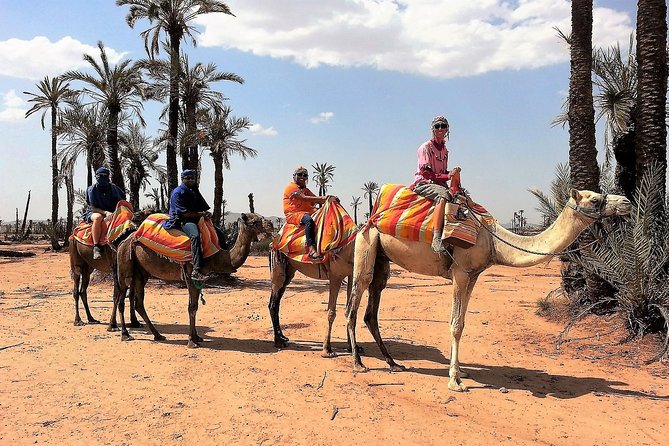