On arrival, follow your guide to the city center for a two-hour walking tour. Discover the Old Town and learn about some of the myths and legends related to the city. Stroll down la Rambla, see some of the most important plazas of Girona and explore its winding alleys. Will you recognize the construction by Eiffel near the Onyar Houses above the river? See some of the locations where the HBO hit series Game of Thrones filmed many scenes of its sixth season. Admire the exterior of the magnificent Cathedral (SPOILER ALERT!) destroyed on the TV series.

Walk along a part of the city medieval walls and marvel at the amazing views of the old town. Originally built in the XIV century, the old walls were destroyed to expand the city in the XIX century. Today, due to the reconstruction of the missing parts it is possible to walk along them. Take advantage of the free time you will be given after the guided tour and visit the Cathedral on your own or grab a quick bite to eat.

Stop At: Basilica of the Sagrada Familia

This part of the visit consists in a walking tour around the exterior of la Sagrada Familia, where we will discover its history and the symbolism hidden behind its ornamentation

Enjoy a guided tour of the Park with your local guide and discover why it is one of the most emblematic works by Gaudí. Wonder at the magnificent skills of Gaudí and its organic style, displayed all over the park. Did you know the Park is a World Heritage Site by UNESCO?

CASA BATLLÓ: Gaudí projected the refurbishment of a previous existing building of the architect Emilio Sala Cortés. The building was bought by the business man Josep Batlló, who owned several textile factories in Barcelona. At the time Gaudí was an important architect working in several projects at the same time: The Expiatory Temple of la Sagrada Familia, Torre Bellesguard, Park Güell and the restoration of the Santa Maria Cathedral in Palma de Mallorca. Batlló was so impressive with the Gaudi’s work that he recommended the architect to his friend, Pere Milá. Later we will be able to visit Casa Milà, commonly known as la Pedera. Casa Batlló it’s a great example of how Gaudí got his inspiration from nature using organic shapes that had been previously studied by him.

CASA MILÀ “LA PEDRERA”: The building is located in Passeig de Gracia street chamfer with Provença Street, in the middle of the Eixample. During the industrial growing when the bourgeoisie became the privilege statement, Gaudí was asked to build a house for the Milà family. Pere Milà i Camps was a rich business man who inherited the fortune made by his father from the textile industry. The Milà Project consisted in a flats building where the first floor would be the residence of the Milà family while the other floors would be divided into several apartments for renting. The construction was delayed several times because the building was supposed to be more high and wide than the dimensions fixed by the municipal government. During the guided tour you will visit the two courtyards, the three last floors (rooftop, attic and one apartment) and the temporal exhibition (the availability of this part is subject to the exhibition calendar). At the end of the visit you will be able to remain in the building as long as you wish. 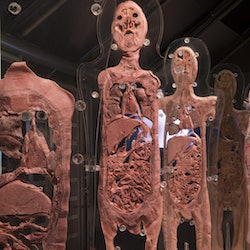 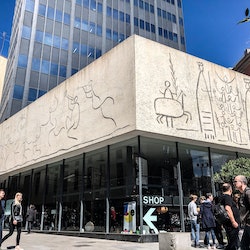 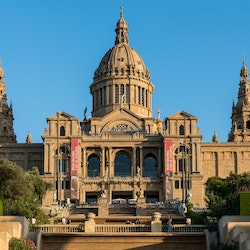 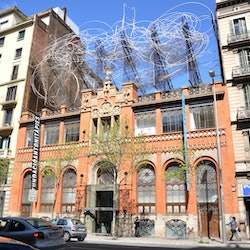 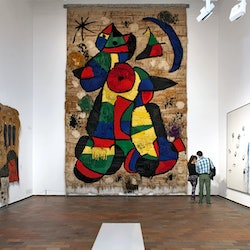 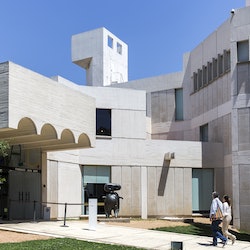