After we bought the Angkor pass , our local guide to take you to to watch the sunrise at the most incredible stone temple in Cambodia, Angkor Wat is a temple complex in Cambodia and is the largest religious monument in the world, on a site measuring 162.6 hectares. Originally constructed as a Hindu temple dedicated to the god Vishnu for the Khmer Empire, it was gradually transformed into a Buddhist temple towards the end of the 12th century. We would spend about 1 hour and 30 minutes to discover Angkor Wat temple after sunrise

We will stop at the South Gate of Angkor Thom city for photograph for about 15 minutes to 20 minutes before going to visit others temples in the center of Angkor Thom.

The Bayon is a richly decorated Khmer temple at Angkor in Cambodia. Built in the late 12th or early 13th century as the state temple of the Mahayana Buddhist King Jayavarman VII, the Bayon stands at the centre of Jayavarman's capital, Angkor Thom. We would spend about 45 minutes to 60 minutes for visiting Bayon temple.

The Baphuon is a temple at Angkor, Cambodia. It is located in Angkor Thom, northwest of the Bayon. Built in the mid-11th century, it is a three-tiered temple mountain built as the state temple of Udayadityavarman II dedicated to the Hindu God Shiva.

The Terrace of the Elephants is part of the walled city of Angkor Thom, a ruined temple complex in Cambodia. The terrace was used by Angkor's king Jayavarman VII as a platform from which to view his victorious returning army. It was attached to the palace of Phimeanakas, of which only a few ruins remain.

The Terrace of the Leper King is located in the northwest corner of the Royal Square of Angkor Thom, Cambodia. It was built in the Bayon style under Jayavarman VII, though its modern name derives from a 15th-century sculpture discovered at the site. The statue depicts the Hindu god Yama, the god of death.

We will stop for lunch break for about 45 minutes to 60 minutes at a local restaurant nearby our next destination. You will need to pay for food and drink by yourself.

Ta Prohm is the modern name of the temple at Angkor, Siem Reap Province, Cambodia, built in the Bayon style largely in the late 12th and early 13th centuries and originally called Rajavihara. 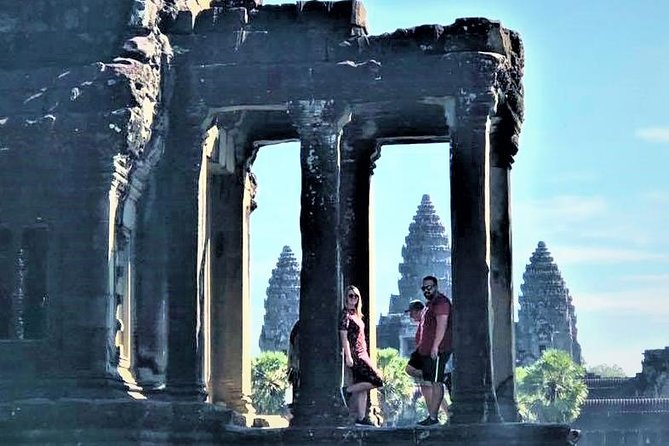 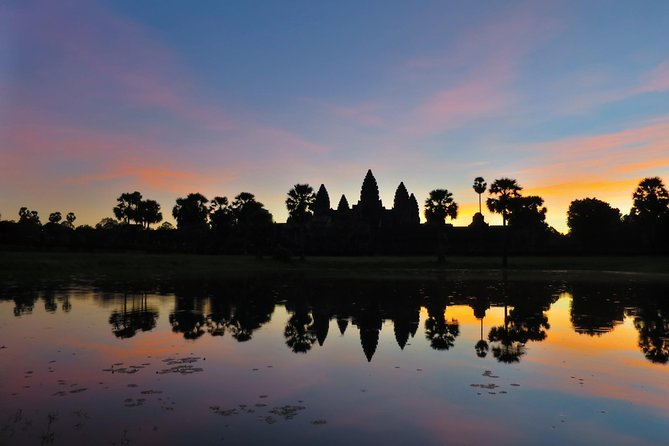 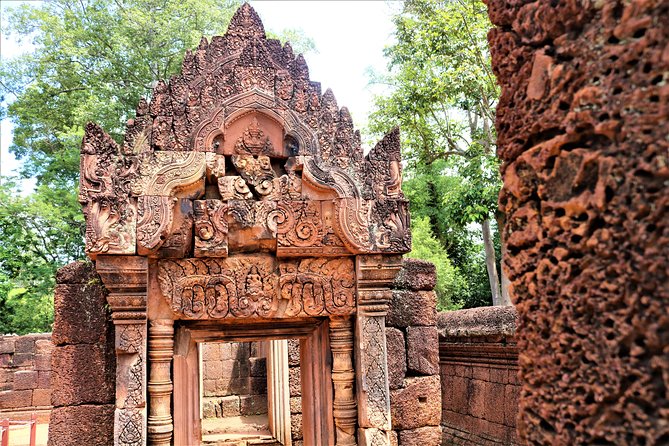