6-day Tour in Salta y Jujuy - Best of The Northwest

Pass By: Martín Miguel de Güemes International Airport, RN51 Km 5, A4400 Salta, Argentina
Upon arrival at Salta Airport, you’ll have a private transfer to your hotel.

Stop At: Salta, Salta, Province of Salta, Northern Argentina
Welcome to Salta! You will have the rest of the day at leisure to explore the city. Salta is the selected jumping-off point for travellers seeking to explore the North of Argentina. That this is a stress-free hub: la siesta (mid-day nap) is kind of a religious ritual for locals, which means that between 1:00 p.m. and 5:00 p.m. shops are usually closed.
Duration: 6 hours

No meals included on this day.
Accommodation included: Overnight at a hotel of your chosen category in Salta

Day 2: Salta: Travel to the Clouds with visit to the Salt Flats & Purmamarca

Stop At: Salta, Salta, Province of Salta, Northern Argentina
Today you’ll travel to the clouds - no exaggeration! We’ll pick you up at your hotel to start a two day trip to Purmamarca and the Great Salt Flats, a white solid ocean!
Duration: 10 hours

Stop At: Salinas Grandes, 4600 Argentina
The first day we go through the old RN 9 (if the weather allows it), crossing Yungas, the high altitude jungle, which further on gives way to the live rock eroded from the slopes and the lonely cardons appear. On our way, we will pass by small scattered villages, such as Purmamarca and we will ascend through the famous Cuesta de Lipan, an amazing mountain road, reaching the highest point of the tour: the Abra de Potrerillos (4,170 m.a.s.l.). Then, we will finally get to the majestic Salinas Grandes (Great Salt Flats), whose origin dates back to an extensive period located between 5 and 10 million years before the present. The Great Salt Flats are perfect for amateur and professional photographers alike- where the natural light and reflections provide ample opportunities to test your creativity to the fullest.
Duration: 30 minutes

Stop At: Purmamarca, Purmamarca, Province of Jujuy, Northern Argentina
At the end of your adventure in the Great Salt Flats, we’ll take you back to Purmamarca, located at the base of Jujuy´s famed 7-coloured mountain, visible from its scenographic streets and the artisan market congregated around the main square. Here, you will spend the night.
Duration: 6 hours

Meals included:
• Breakfast
Accommodation included: Overnight at a hotel of your chosen category in Purmamarca, Jujuy

Stop At: Purmamarca, Purmamarca, Province of Jujuy, Northern Argentina
In the morning, We’ll pick you up for a tour along the Humahuaca Gorge, declared a UNESCO Heritage Site, discovering exceptional landscapes, peoples and cultures.
Duration: 10 hours

Pass By: Las Paletas Del Pintor, Maimara, Tilcara Argentina
Unique villages are shown: Maimará, located at the foothills of the “Paleta del Pintor” (its name comes from the colourful traits of its hills). It also surprises its cemetery 'suspended' at the top of the hill and visible from the route.

Pass By: Tilcara, Tilcara, Province of Jujuy, Northern Argentina
You will also visit the well-known town of Tilcara, which stands out for its local festivities (Carnival and Holy Week) and for its archaeological site of “El Pucará de Tilcara” (fortress in height) whose ruins have been partially reconstructed and convey a pre-Hispanic way of life (entrance fee not included). Further north, pass by the Tropic of Capricorn and see some peculiar paintings of the colonial period (called Pinturas Cuzqueñas) at the little Uquía Church.

Pass By: Humahuaca, Humahuaca, Province of Jujuy, Northern Argentina
You will finally reach the small town of Humahuaca; wander among their traditional houses and cobblestone streets. It is also the highest point of the tour on this second day, 2,940 m.a.s.l. Main attractions: The Independence Monument, the Cathedral and the Municipal Building. At the end of the day, we’ll drive you back to your hotel in Salta La Linda (the beautiful) as Argentines nicknamed the city.

Meals included:
• Breakfast
Accommodation included: Overnight at a hotel of your chosen category in Salta

Stop At: Valles Calchaquies, Salta, Argentina
Today, leave your belongings in Salta and just bring with yourself what is required for another two-day and one-night excursion into the jaw-dropping Calchaqui Valleys. Why do you have to take a Calchaqui Valley tour? Enthralling landscapes with amazing valleys and mountains and the cultural diversity of its inhabitants are two good reasons! You will pass by little villages spread all over the valley, which were inhabited from pre-Incan by diaguitas or "Calchaquís".
Duration: 11 hours

Pass By: Quebrada de Las Flechas - Angastaco, ruta 40 Km 1116 bajando de Cachi a Cafayate,Salta, Argentiina, Angastaco Argentina
You’ll see enormous cardons while passing through Los Cardones National Park on our way to Cachi. You will rest and have lunch in Cachi (not included), a famous village where Spanish and native traditions combine to form the most beautiful architecture. You will also visit Seclantás, a village called the "Cradle of the Poncho Salteño" since it is the land of expert artisans in the looms. In the afternoon we continue our trip to the south visiting the town of Molinos (mills) and its Church (National Monument). Then begins Las Flechas Gorge, in allusion to the capricious forms of the mountains eroded by wind and rain.

Stop At: Cafayate, Cafayate, Province of Salta, Northern Argentina
Visit San Carlos and Animaná, famous for its production wine patero craft, before arriving at Cafayate. Cafayate is one of the most popular destinations of the Calchaqui Valley wine region; its wine is renowned in Argentina, especially because of the star product of the region: the Torrontes Wine. Enjoy the end of the day in this picturesque town sipping on a sunset drink in the main square, or a Malbec ice cream from a traditional Gelato Shop.
Duration: 5 hours

Meals included:
• Breakfast
Accommodation included: Overnight at a hotel of your chosen category in Cafayate

Stop At: Valles Calchaquies, Salta, Argentina
On the second day of excursion, we will pick you up and visit a winery where you will get to know the process of wine production (optional wine tasting on an extra cost). Leave Cafayate behind and return to Salta through the forbidding universe of Las Conchas Gorge, where the erosion has carved mysterious red shapes into the rocks.
Duration: 10 hours

Pass By: Quebrada del Rio de las Conchas, Ruta Nacional 68, Cafayate Argentina
Las Conchas Gorge originated in the Tertiary Age, 70 million years ago and separates the Lerma Valley from the Calchaquí Valley. This area was declared a Natural Reserve for its colourful hills and unique natural formations. Each of the hills has distinctly shaped features including the Devil’s Throat, a deep and closed canyon, the Amphitheater (of perfect natural acoustics), the Frog, the Obelisk and the Castles.

Pass By: Salta, Salta, Province of Salta, Northern Argentina
At the end of the day, we’ll take you back to Salta. We highly recommend visiting a peña and mixing with the locals eating empanadas and dancing folklore (not included).

Meals included:
• Breakfast
Accommodation included: Overnight at a hotel of your chosen category in Salta

Day 6: Salta, end of your adventure!

Pass By: Salta, Salta, Province of Salta, Northern Argentina
At the appropriate time, you’ll have a private transfer from your hotel to the airport or bus terminal. **Extra tours and extra nights can be added to the original itinerary when requested in advance **Due to meteorological reasons, the itinerary may be modified

Traveler pickup is offered
We pick up all travelers from General Martín Miguel de Güemes International Airport (SLA)
We will schedule your airport private transfers according to your flight arrival and departure times. Please let us know if you are arriving by bus. We can provide transfers from/ to Salta Bus Terminal instead. 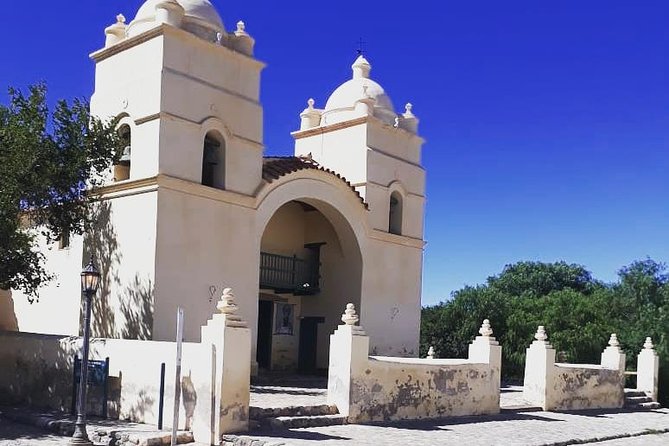 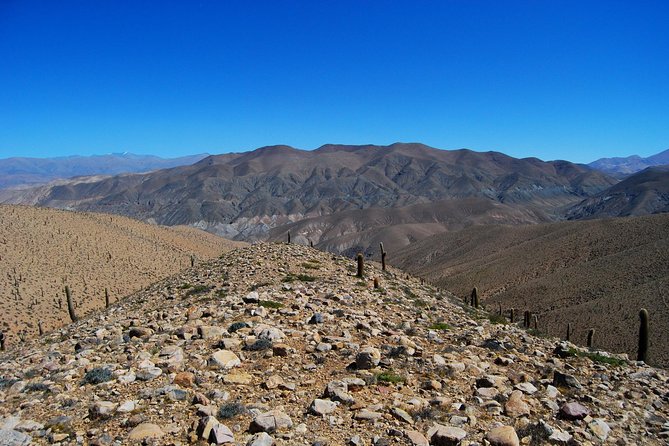 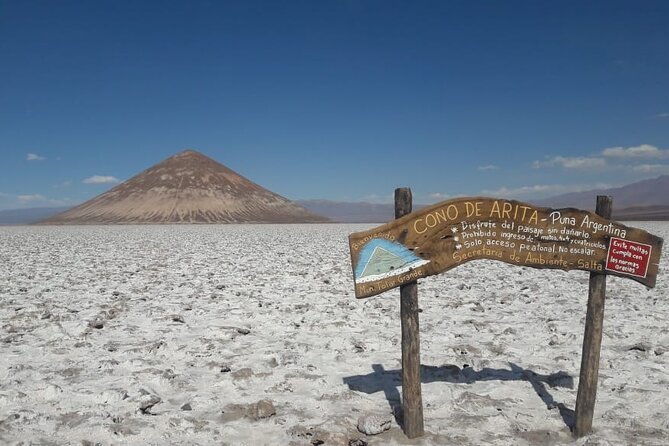 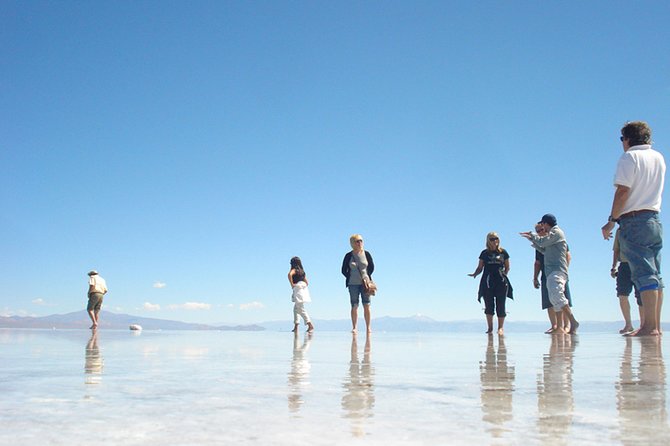 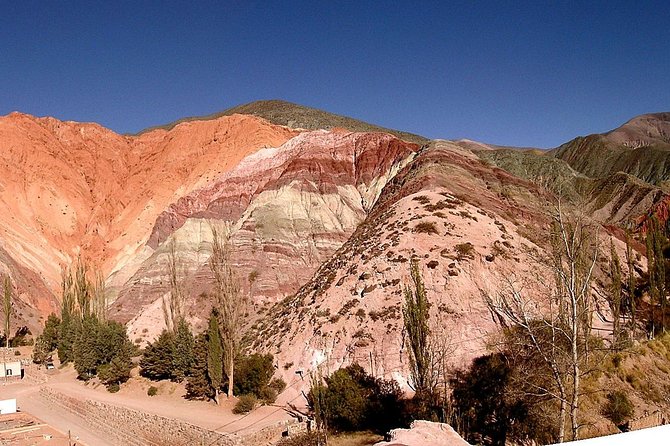 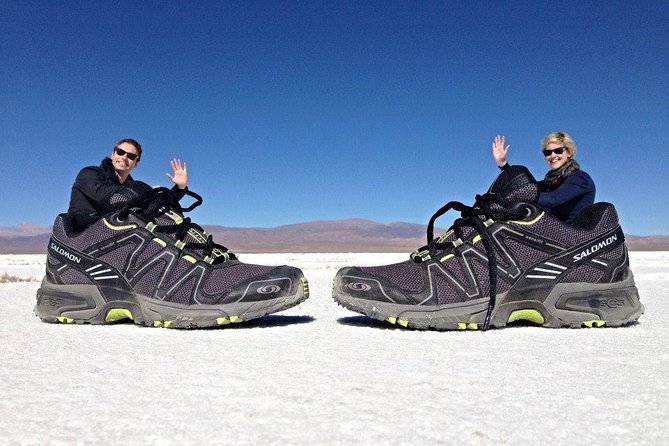 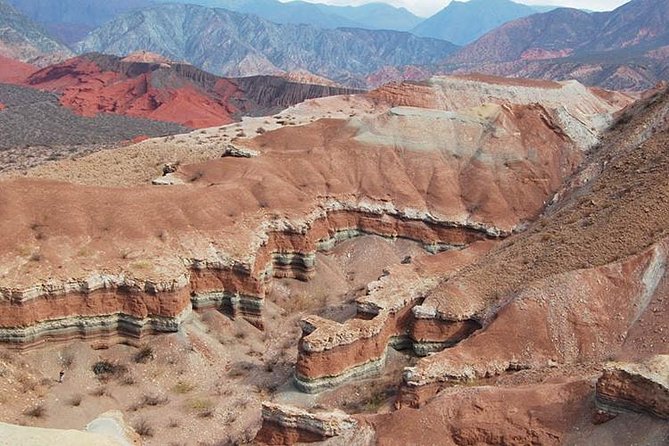 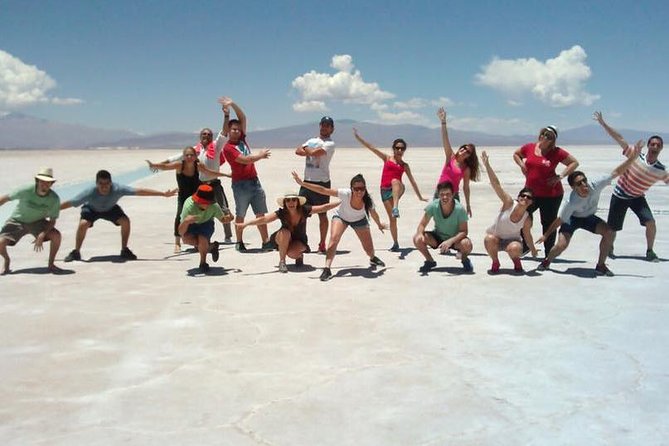