It is famous worldwide for its outstanding collections of ancient sculptures and paintings (from the Middle Ages to the Modern period). The collections of paintings from the 14th-century and Renaissance period include some absolute masterpieces: Giotto, Simone Martini, Piero della Francesca, Beato Angelico, Filippo Lippi, Botticelli, Mantegna, Correggio, Leonardo, Raffaello, Michelangelo and Caravaggio, in addition to many precious works by European painters (mainly German, Dutch and Flemish). Moreover, the Gallery boasts an invaluable collection of ancient statues and busts from the Medici family, which adorns the corridors and consists of ancient Roman copies of lost Greek sculptures.

One of the most important squares of Florence

Stop At: Leaning Tower of Pisa

The Leaning Tower of Pisa (Torre pendente di Pisa) is the campanile, or freestanding bell tower, of the cathedral of the Italian city of Pisa, known worldwide for its unintended tilt. The tower is situated behind the Pisa Cathedral and is the third oldest structure in the city's Cathedral Square (Piazza del Duomo), after the cathedral and the Pisa Baptistry. The tower's tilt began during construction in the 12th century, caused by an inadequate foundation on ground too soft on one side to properly support the structure's weight. The tilt increased in the decades before the structure was completed in the 14th century. It gradually increased until the structure was stabilized (and the tilt partially corrected) by efforts in the late 20th and early 21st centuries. The height of the tower is 55.86 metres (183.27 feet) from the ground on the low side and 56.67 metres (185.93 feet) on the high side. The width of the walls at the base is 2.44 m (8 ft 0.06 in). Its weight is estimated at 14,500 tons. The tower has 296 or 294 steps; the seventh floor has two fewer steps on the north-facing staircase. In 1990 the tower leaned at an angle of 5.5 degrees, but following remedial work between 1993 and 2001 this was reduced to 3.97 degrees, reducing the overhang by 45 cm. It lost a further 4 cm of tilt in the two decades to 2018.

The Galleria dell'Accademia di Firenze, or "Gallery of the Academy of Florence", is an art museum in Florence, Italy. It is best known as the home of Michelangelo's sculpture David. It also has other sculptures by Michelangelo and a large collection of paintings by Florentine artists, mostly from the period 1300–1600, the Trecento to the Late Renaissance. It is smaller and more specialized than the Uffizi, the main art museum in Florence. It adjoins the Accademia di Belle Arti or academy of fine arts of Florence, but despite the name has no other connection with it.

Florence Cathedral, formally the Cattedrale di Santa Maria del Fiore; in English "Cathedral of Saint Mary of the Flower"), is the cathedral of Florence, Italy (Italian: Duomo di Firenze). It was begun in 1296 in the Gothic style to a design of Arnolfo di Cambio and was structurally completed by 1436, with the dome designed by Filippo Brunelleschi.[1] The exterior of the basilica is faced with polychrome marble panels in various shades of green and pink, bordered by white, and has an elaborate 19th-century Gothic Revival façade by Emilio De Fabris. The cathedral complex, in Piazza del Duomo, includes the Baptistery and Giotto's Campanile. These three buildings are part of the UNESCO World Heritage Site covering the historic centre of Florence and are a major tourist attraction of Tuscany. The basilica is one of Italy's largest churches, and until the development of new structural materials in the modern era, the dome was the largest in the world. It remains the largest brick dome ever constructed.

This enormous palace is one of Florence's largest architectural monuments. The original palazzo was built for the Pitti family in 1457, designed by Filippo Brunelleschi and built by his pupil Luca Fancelli. The original construction consisted of only the middle cube of the present building (the middle seven windows on the top floor). In 1549, the property was sold to the Medicis and became the primary residence of the grand ducal family.

Giotto's Campanile is a free-standing campanile that is part of the complex of buildings that make up Florence Cathedral on the Piazza del Duomo in Florence, Italy. Standing adjacent to the Basilica of Santa Maria del Fiore and the Baptistry of St. John, the tower is one of the showpieces of Florentine Gothic architecture with its design by Giotto, its rich sculptural decorations and its polychrome marble encrustations. The slender structure is square in plan with 14.45 metre (47.41 ft) sides. It is 84.7 metres (277.9 ft) tall and has polygonal buttresses at each corner. The tower is divided into five stages.

Pass By: Baptistery of St. John

The Baptistery of Pisa

The square of the Duomo of Pisa - dominated by the Cathedral, the Baptistery, the Bell Tower and Graveyard (the Campo Santo) - represents an architectural whole characterized by a really surprising stylistic accordance, to the point of having been compared by Le Corbousier to the acropolis of Athens. The choice of materials, with an almost absolute supermacy of the white marble, and the constant presence of blind arches at the base and practicable small loggias in the upper orders lead to the thought of single project, almost the expression of the group of artists that works well together in the same building site in a relatively short lapse of time. Still, this is the result of long process that saw various architects, sculptors and painters taking turns, in the space of more than three centuries, and amongthem some leading personalities who have marked their epoch. Each visitor entering this space is rapt in the sudden vision of the four monuments, a vision that looks 'miraculous', quoting the fortunate definition coined by D'Annunzio. The buildings seem to spring up from a wide regular lawn, which however dates back to the XIX century, when th square was redesigned in neo-medieval slant, clearing it from many more or less poor buildings and from the vegetable gardens that were still tended there. Also because of these uses, the one of Pisa has no comparison with other medieval squares of the cathedral that, from Parma to Modena, from Siena to Perugia, see the structure of the city radiating from them. Nevertheless, this unusual decentred area has been the spiritual, and not only, heart of the city of Pisa.

One of the most beautiful squares of Italy

Due to security reasons private drivers are not allowed to meet you at your ship. As soon as you will disembark please use one of the free-shuttle, to leave the restricted area (2 minutes ride). Your driver will be waiting exactly at the shuttle stop, holding a sign with the lead traveler name on it. Please contact us if you need further info. 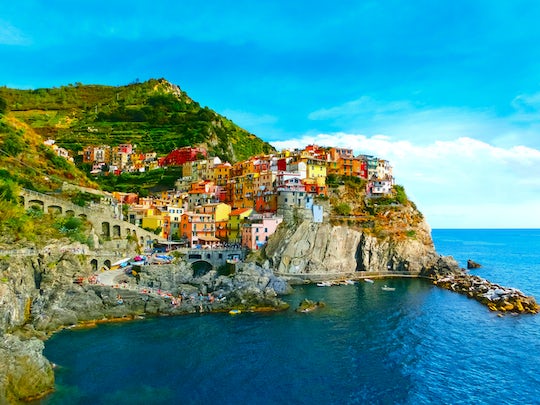 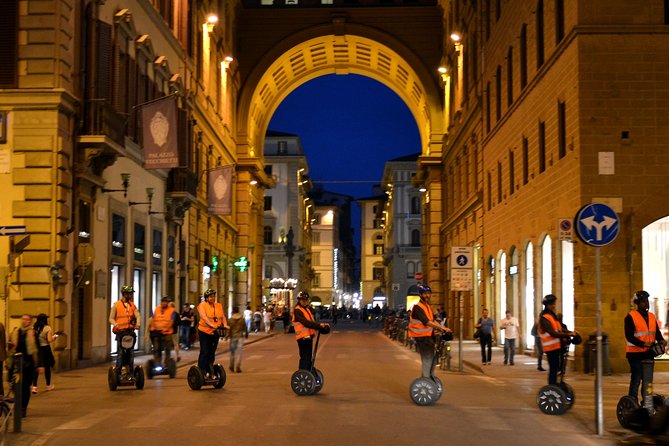 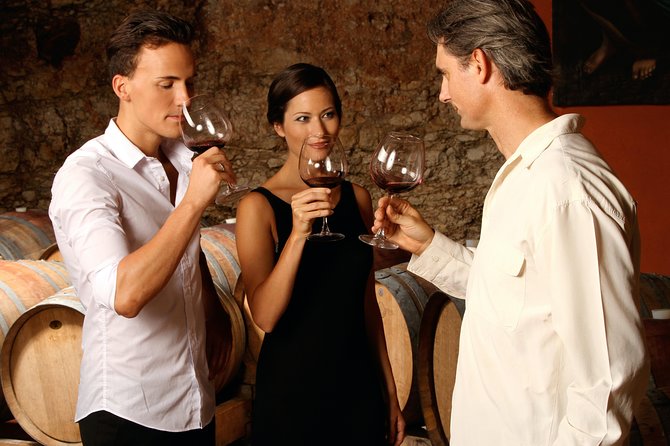 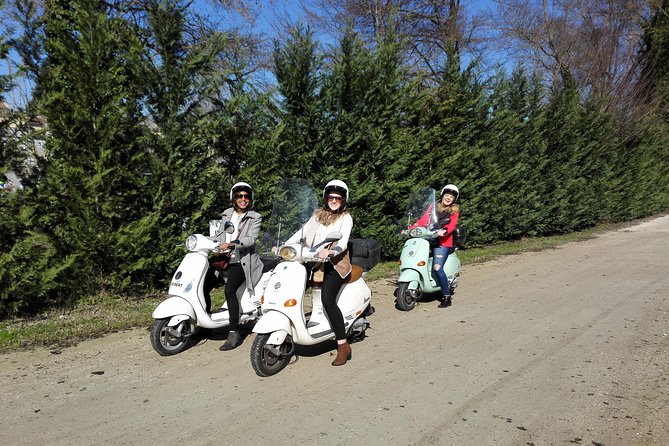 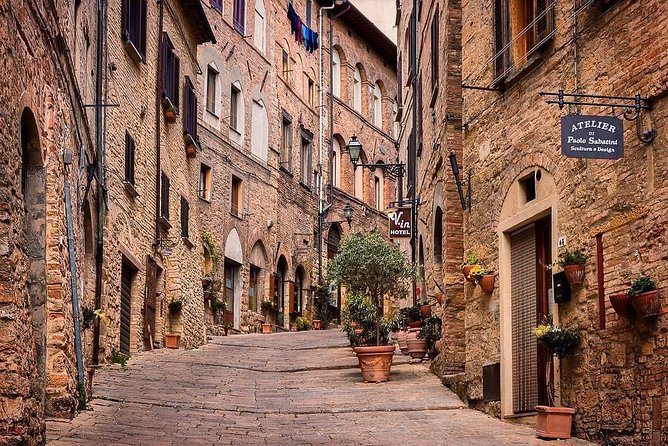 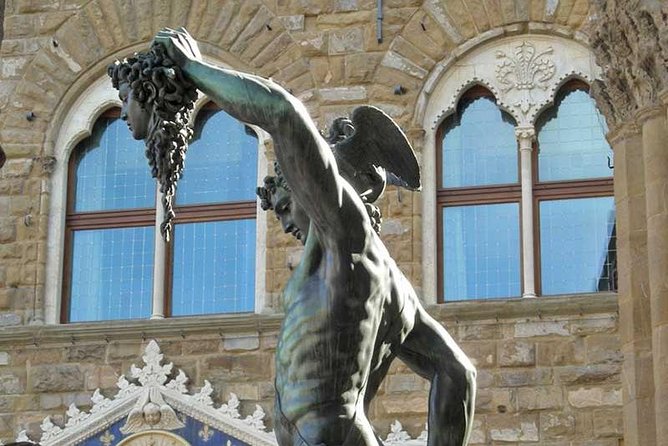